Review of England Without Rain Album by Talk Less

So what exactly is this pop music thing? 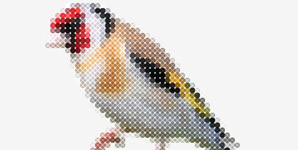 The last couple of decades have seen its once good name increasingly besmirched to the point at which it is now often used as shorthand for all that is artificial, disposable and tacky. It has become the inglourious nom de plume for every hilariously coiffed, two-bob TV karaoke singer whose autotuned, endless arpeggios of inane warblings vaguely recounting some colossal obstacle that they have had to swim across/scale up/leap over in order to get to this, their moment, etc. are excreted into the ears of all who have the dubious privilege of fully functional hearing. Pop music has come to be the high starch feed to the listening public's Toulouse goose, our bloated livers throbbing for a respite that shall only come in death when our grostesque foie gras is harvested and fed into the bloodied lips of 'entertainment' gurus plotting their next onslaught of worldwide gavage.

Yes, this is now the common perception of what pop music has come to mean.

However, it is worth remembering that there was a time when pop was not synonymous with all that is wrong with the modern world. Indeed, unlike today, it used to be made for people who actually liked music. Moreover, despite typically eliciting that alluring feeling of familiarity, good pop music has always had innovation at its heart. It is very much in this spirit that we should consider Talk Less, Say More's new long player, England Without Rain.

First track 'I Feel Like Making a Record' is a truly brilliant way to start an album functioning both as a postmodern, performative statement and an indication that this is a proper album, a cohesive whole, rather than just a random collection of recently written tunes. Even more importantly, it's a great song. In its melange of guzheng (a traditional Chinese zither), propulsive beats, treated vocal refrains and searing guitar breaks, the tone is set for the album, artfully assimilating organic instrumentation into an electronic framework without sounding jarring. The result is something akin to a sonic form of cubism, as familiar musical ideas are shown to be multi-faceted and exhibited angularly from a multitude of perspectives.

'Atlantic' follows, adding an emotional pull to the sense of space in its processed synth swells and primal groove. The title track comes next, continuing the Sino-Anglo theme with its ruminations on Eastern mythology and the creative process.

Elsewhere, the album is saturated with off-kilter, electronic pop songs of uniformly high quality. The syncopated vocal line of "My nerves are frayed and my nerves are crackling' in 'The Something Sonata' will discharge itself around your head for days, whilst the near childlike melody of 'Black Eyes' belies a track far more riddled with adult concerns. 'Sky Over Everything' takes a somewhat zen-like stance towards both the comforts and drawbacks in the fallibility of memory, paving the way for an fantastic triumvirate of closing tracks. 'Love is Vortex' is an appropriately revolving echo of guzheng, gentle piano, ghostly whispers and a slightly schizophrenic vocal which moves from mellifluous and swooping to attack-laden staccato in enjoyably surprising fashion. 'I Didn't Realise' is a definite album highlight, its restrained surface of glitched beats and juddering chimes masking something far more wild and uncontrolled beneath, only finally breaking through as a single, shrieking guitar note jockeys the song towards a thrilling finale which then itself is turned on its head, undercut by a quirky synth coda. The pulsating bass of 'Double Helixxx' brings the album towards its close, lyrically juxtaposing desire with a more genetic view of coupling before the 'energy is set free' as the 4/4 drops in and a joyous dance ensues.

When reviewing an album by a relatively unknown artist, it is easy to fall into the habit of incessantly referencing other bands (is there anything more tedious than hearing someone say that something sounds like 'band x on acid'?) given that it not only makes for easy, albeit lazy, criticism but also offers the reader a tangible indication as to whether they will like a record or not. The greatest praise that can be given to 'England Without Rain' is that there really is nothing out there quite like it. One might, perhaps, weakly proffer Hot Chip or Junior Boys, but to do so would be to do a great disservice to a unique, yes, leftfield, but also unashamedly bedroom pop album.

You should listen to it and then tell everyone you know to do the same.

Why? Because you are responsible for the dire present state of pop. If you don't pay it any attention it will go away. As Edmund Burke once noted, all that is necessary for the triumph of evil is for good men to do nothing. If you don't like your pop, you can change it. My friends, it's time to reclaim pop. Let 'England Without Rain' be your first step.