Supajamma - That Was Then, This Is Now Album Review

Review of That Was Then, This Is Now Album by Supajamma

Once upon a time back in the late 90s and early 00s a vastly underrated band called Audioweb were producing some of the most sublime sounds known to man. Mixing pop, dub, punk, soul, reggae they signed to U2s Mother label and released 2 incredible earth shattering albums filled to the brim with classic pop songs. What could possibly go wrong? It turned out they were far ahead of their own time and the world was just not ready for them. The band went their separate ways with various members appearing from time to time (Maxi the drummer re-appeared as a long-time member of Ian Brown's backing band), but very little was heard of their lead singer Martin 'Sugar' Merchant.

2011 and Martin 'Sugar' Merchant is back with new band Supajamma. Roughly covering similar ground to Audioweb (albeit more rough around the edges), Supajamma have produced 'That Was Then, This is Now' (an obvious reference to the past) a lo-fi mini-album of 6 songs filled to the brim with punk attitude and delivered with such conviction it's hard to believe he ever went away. 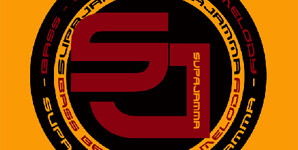 You can't get enough of something this good and That Was Then This Is Now is a short sharp shock. Not so much a mini-album as a statement of intent. Highlight of the album is forthcoming single Mad About It and before you know it, it's all over before its begun. Supajamma clearly believe in leaving their audience wanting more.

On the evidence of what they've delivered here, and with a full length debut album currently in the works, Supajamma have shown themselves to be a force to be reckoned with and maybe, just maybe, now its their time.