Stephanie Dosen - A Lily For The Spectre Album Review

Review of A Lily For The Spectre Album by Stephanie Dosen

Stephanie Dosen
A Lily For The Spectre
Album Review 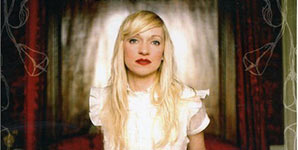 Bella Union is rapidly becoming a pretty reliable shorthand for a certain folky alternative excellence, and Stephanie Dosen deserves her place alongside Midlake, Fionn Regan and The Dears. With a vocal quality somewhere among Cat Power's Chan Marshall, Gemma Hayes and Sarah McLachlan, it is hard to imagine any song sung by her not having a serious head start. But, when combined with magical, elegant and melodic songs, as it is here, this is a fantastic summer/ late summer album.

The edge of melancholia leavens the mood wonderfully - the wistfulness adding a layer of sophistication that allows - well, almost demands - repeated playing. When so many singer-songwriters stay at better-than-competent, it is a big pool to jump into, but Stephanie Dosen has more than enough to reward extra attention. The album's opener, This Joy, is the kind of song you'll fall for head over heels, but it's not the album's only highlight - the title track closes the album, and sounds like a Thom Yorke song in its minor chord soaring. Truly a delightful debut.