Review of Arem Album by Stay

With electronic music still at the forefront as far as creativity and progression is concerned, it's refreshing to note that many of those sounds originate from these very shores. If the much-maligned James Blake paved the way in 2011, then a host of gallant young upstarts have seized the opportunity with both hands, taking the keyboard driven concept several steps further to its next logical juxtaposition. 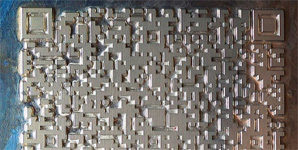 One such example would be Manchester's Stay+ - that's Stay Positive to those that prefer their words to symbols, not Stay Plus as some folks would have you believe. Having initially formed a couple of years back as Christian Aids, the core duo of Matt Farthing and Christopher Poole having to change the name of their project after objections from the charity sharing a similar moniker, they've since put out a batch of seminal, and occasionally groundbreaking EPs that traverse the boundaries of dance, rock and ambient without really fixating themselves on either. Hailing from the city that gave us the Hacienda and The Warehouse Project, its perhaps not totally unsurprising their anti-formulaic approach to making music has heralded the driving urgency of 'Fever' or exquisitely minimal title piece 'Stay Positive' in the past. Here though, their bold ambition has taken on another dimension, 'Arem' including an 18-minutes long film among its six individual pieces.

Entitled 'The Buzzer', the self-produced piece of celluloid was also directed and shot by the duo, and although not entirely different to many of the band's hallucinogenic videos in content, highlights yet another string to an already impressive bow. However, it's the musical element of Stay+ that really sets them apart from their peers, and on the seismic 'Call Him', they encompass more sounds and ideas in its four-and-a-half minutes than many artists manage in a lifetime. Mixing a haunting sub-Balearic keyboard with only the deepest basslines and a vocal that borders on the spectral, it's a pulsating introduction to their unconventional world that merely confirms them as one of the brightest, most forward-thinking outfits to emerge from the electronic underground in years.

'Hush Money' follows the same template, altering its course and direction around the two-minutes mark before turning into a huge rave style anthem amidst compressed cries of "I need it!" Equally adept both on the dancefloor and in the chill out zone, their compelling blend of adrenalin and subtlety none more evident than on seductive former single 'Guardian'. Aided and abetted by esteemed Manchester musician and songwriter Daniel O'Sullivan, its insistent delivery coupled with a laissez faire attitude not a million miles away from Friendly Fires earliest recordings suggests 'Guardian' could be the quintessential early morning comedown anthem.

If the thunderous, noise-laden ninety-second interlude that serves as the EP's title track takes 'Arem' into a completely different realm altogether, then parity is duly restored by the closing 'Dandelion Seed'. Fusing errant psychedelia that could be a tap dripping incessantly to music with backwards masked vocal effects probably won't get Stay+ an invite to D.A.R.E's next "Just Say No" campaign, but as ice cool slabs of discordant electronica go, it really doesn't get any better than this. With a host of summer festival appearances already in the bag, Stay+ look set to be one of the highlights of 2012's after hours party season. For those still unconvinced by Stay+'s audacious vision and insatiable delivery, this is as good a place as any to start.