Splendour 2013, as festivals go, could be said to be a little wet behind the ears but in past years they have managed to get the likes of Blondie, Katie B, Dizzie Rascal and Feeder on their line-ups, and it's not just about the music either. Splendour also boasts a Comedy Stage and promotes families attending by offering children free entry because let's face it, in today's cash-strapped climate, 'free' is not only the magic number but is now the magic word. There's also a kids area and a fun fair so it's a very family friendly festival. 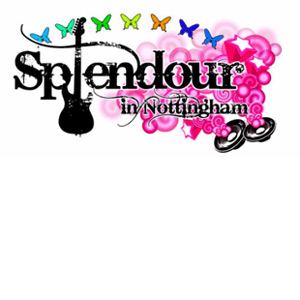 This last year has been somewhat of a big one for some of Nottingham's favourites, with the success of Jake Bugg and Dog Is Dead on the music scene, and Carl Froch getting his revenge in another great battle against Mikkel Kessler. Finally, with the nation feeling very patriotic thanks to the Olympics and Paralympics, Nottingham's very own double amputee Richard Whitehead wins a gold medal.

The Festival opens its gates at 12 noon with the first bands scheduled for 1 pm. Next, the tickets; nice and easy prices are frozen and are the same as last year. Tickets are priced at £37.50 or £27.50 (adult Citycard holders), an 11-17 year old ticket is priced at £27.50 or £15 for Citycard, and, finally, keeping up with the family friendly ethos, all children under 10s have free entry.

Now that the boring stuff is over, it is over to what is happening at the Festival itself. First up, this is a one day event and apart from all the music there is the Comedy Stage with the likes of Craig Murray, Andrew Bird, Martin Mor and Andy Robinson (not the footballer).

Three music stages The Main Stage, The Jagermeister Stage and the NCN/Leftlion Stage ensure that there will be something for everyone to enjoy at any given time.

NCN / Leftlion stage is the most interesting stage out of the three, some people would say that it has the more obscure bands on it when actually it just hosts the newer, up-and-coming bands. The beauty about the modern age is that now we have the internet, so log on, and search some of those names you haven't heard before. Here is a little help for you on who is actually on this stage, Ryan Keen, Harleighblu, Joel Baker, Gavin James, Injured Birds, Georgie Rose, Ryan Thomas and OneGirlOneBoy.

The Jagermister Stage better have its namesake tent selling those beverages, that's all I am saying, but, alcohol aside, Peter Hook and The Light with its namesake, former Joy Division and New order bassist Peter Hook, is a band that has to be one to watch.

If you do not fancy the local talent on the Main Stage then you are surely in for a treat in the shape of Maximo Park; an absolute hit in Nottingham whenever they come and perform, they always go down a storm.

The Main Stage is the place to be though and unless you are not a fan of one of these artists then you might find yourself stuck on this stage.  Dog Is Dead make their appearance with their fabulous melodic pop that will have you hooked and entertained throughout. But that is only the start; KT Tunstall returns with her sassy pop tunes and you know that you will get one heck of a performance out of her.

Squeeze, yes Squeeze, are not headlining but they'll warm you up for the main act and are definitely a band to tick off the list. The final act on this stage is headliner Jake Bugg. Jake seems to have rose from nowhere hitting us all with tracks like 'Lightning Bolt' and 'Trouble Town' and, after admitting to being a Notts County fan, his very own 'Lightning Bolt' is played at Meadow Lane rather a lot. He has had the likes of Noel Gallagher and The Stone Roses adding him to their support shows and this guy can not only bang out a great track, but he can also deliver live. A perfect way to spend a day in Nottingham.