Southeast Engine - A Wheel Within A Wheel Album Review

Review of A Wheel Within A Wheel Album by Southeast Engine

Southeast Engine
A Wheel Within A Wheel
Album Review 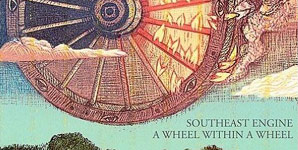 Southeast Engine are a 6-piece band from Athens, Ohio, fronted by a redundant ex-middle school teacher who make music like a kinder, gentler Wilco. On this third album, the band continue to explore their musical Americana path, combining alternative-folk with a Midwest biblical spirituality, a fantastic lead vocal and a great warm rock sound. While the band's sound is almost anti-fashion, A Wheel Within A Wheel is wholly modern - Quit While You're Ahead would be the best thing Interpol had done in the past two years; We Have You Surrounded is a song fit for Spoon's Ga Ga Ga Ga Ga.

The Christian theme running through the songs fits with the way that Uncle Tupelo used to pull down traditional folk songs - here the exploration is more philosophical, with some measure of bitterness and wonder. It would be easy for this album to fly past unannounced, but it has a cohesion and a quality that's rare - it's more enjoyable than any Wilco album has been since A.M. When it's over, you'll feel better for having spent the past 40 minutes in its company, and you'll be reaching for the play button again. Album of the week.