Review of The Search Album by Son Volt 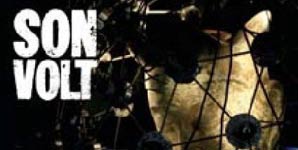 This is the fifth album by Son Volt, and the second since the band was reformed. Son Volt's Jay Farrar was, it must be remembered, the principal driver behind the seminal alt-country band, Uncle Tupelo (with Wilco's Jeff Tweedy). Uncle Tupelo had an earnestness about them, but it was always leavened by the fact that they rocked harder than a death metal band. Farrar's music, however, has become considerably more earnest and joyless over the years, and The Search continues that slide. Occasionally, it picks up - Satellite and The Picture are great Son Volt songs - but more often there is an All Bran feel, as if The Search is meant to be good for you, rather than entertaining. The instrumentation has been enhanced - pianos, organ, horns (and even some odd Indian guitar loops on the pointless Slow Hearse) - and a few genres tried on for size, but this is a meandering album, and really does trade on what Farrar once did. Not good.