Soak - Before We Forgot How To Dream Album Review

Review of Before We Forgot How To Dream Album by Soak

The fuzzy, confused haze that makes up the first one minute and five seconds of SOAK's 'Before We Forgot How to Dream' serves as the perfect introduction to this much-anticipated debut from this young Derry-based songwriter. 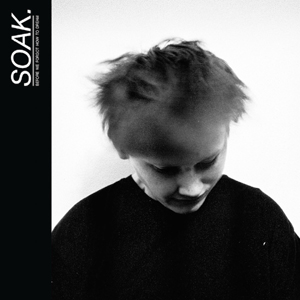 It follows that this is going to be an album that deals with the confusion that comes with growing up, meandering through the peaks and troughs of love and experimentation; all this done, though, with a song-writing prowess of someone beyond their years and with a voice that both hypnotises and forces even those much older to confront feelings of nostalgia for that lost period of time when life was very much ahead of us, feelings that are universal to anyone, no matter your age or shoe size.

The track title itself, therefore, in all its confusion and haze - tactfully titled 'My Brain' - gives the listener what they already know if they are old fans of SOAK (and an insight if they are new), otherwise known as 18-year-old Bridie Monds-Watson.

You'd be fooled for thinking this is just another teenager singing about love and growing up, however. Though the lyrics might be squishy and cliché to some, look a little deeper and you can see a song-writer that is both self-aware of the world around her and able to poke fun at it too. "Be just like me, be a nobody" she sings on the album's second track 'B a noBody', "we'll never amount to anything". That's what they say about this age-bracket, right? Well, she dares you different and the affirming production of the track does too.

'Sea Creatures' is just another example of this. Its washy production and opening line referencing the stars and moon seem to be leading the listener into your standard love song. On second glance, we're confronted with the notion that love is a term thrown around worthlessly, a reference to her town made, one that can relate to many and roots this artist's story as one that is not just for show, but real life.

It is this maturity that seeps throughout the record, despite its sometimes overzealous and hazy production. There are different ends to this spectrum though, a fine example being between 'SHUVALS' and the final, most stripped-back track 'Blind'. That aforementioned voice, however, is what keeps the listener grounded and entrapped until this final track and what makes this debut one that deserves a repeat and SOAK a young artist that deserves a continuation of the attention she has accrued thus far.