Review of Ok Single by Shitdisco 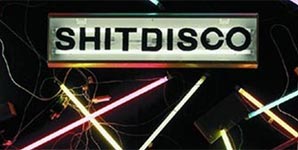 Wow, what a controversial name, eh? Shit. Disco. Ha. Very edgy. Seriously though, they're a bit rubbish aren't they? I mean, they're a perfectly competent 2007 dance-punk band, but that's about it, they're every bit as blindly zeitgeisty as Cast and Dodgy were back in 1995.

Ok is so perfectly named, arguably even more so than the forthcoming James Blunt single, 'A Load of Old Guff'. It is a mediocre, by rote, workmanlike attempt, which the fuzzy bass, electro blips and oh-so-trendy ironic vocals can't disguise.