Review of Late Night Endless Album by Sherwood And Pinch

Few people are better qualified to provide commentary on both the origins and future of dubstep than Adrian Sherwood, a fifty-something who launched his own On-U Sound label in the aftermath of punk and has been a pivotal figure in British underground music almost ever since. This collaboration with Pinch - real name Rob Ellis - is the product of an ongoing two year project in which the latter has created a "Complete fusion" of the pair's sound, using the former's past works with the likes of Bim Sherman, Mikey Dread and Lee "Scratch" Perry as the high quality breaking source material. 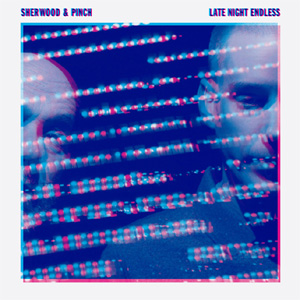 Via his own Tectonic label, Ellis has been at the cutting edge of the movement, which took part of its name from the sound of Kingston as re-imagined by Perry in the 1970s and the rest from long forgotten 2-step; vastly influential since the release of Qawwali nine years ago, his strength has been in giving the drops and swing gloomy, isolated tones mirrored by African and Middle Eastern facets. If the expectation was that Sherwood would be tempted to provide by contrast some more orthodox power, it's one that isn't realised anywhere on 'Late Night Endless'. Instead, the hybrid which emerges from the duo's style-meld is animated but precise - as on the bleak, clipped opener 'Shadowrun' - or full of distant vocal fragments, hups and hiccups, with both 'Music Killer (Dub)' and 'Africa 138' ripped away from any warmth.

This mood, of objects swinging in and out of focus, of hard pavement and the sodium glow of streetlights, is occasionally tempered by more familiar structure: 'Wild Birds Sing' echoes the mournful sleaze of The Weeknd by way of its skeletal treatment, but avoids its more nightmarish precepts. Frequently, there's not so much of an edge to proceedings as the judicious use of sound as a blunt instrument: wielding a melting pot of styles that span almost every aspect of bass music from the last 30 years, 'Precinct of Sound' emanates from some alien place in one brutalist future where machines have been left in the "on" position long after the last echoes of real human speech have been uttered.

Although this cold steel urbanity can jar, for the output of a couple of years' work, it's still probably fair to say that the running time of only 38 minutes feels a little under-cooked. Part of the power here is conveyed in the ebbing, the build over time of note on note as the tension rises; most tracks here are perhaps inexplicably, however, less than four minutes long. This means, like many of the other tracks, that closer 'Run Them Away' seems to arrive in haste, a separation of ghostly, piano high end and heavily modulated undertow, nodding vocally to roots reggae via the previously mentioned Bim Sherman and as such serving as another reminder of a music which is far less sorely missed than it should be. 'Late Night Endless' is a glance behind the curtain of what Sherwood and Ellis are capable of, but it's too slight to be anything other than that. Over time and with more definition, their heavyweight vision may match the escape velocity necessary to be more than a mildly diverting side project.