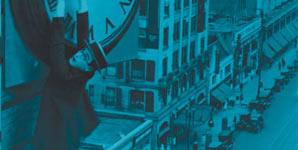 Like many bands that you've never heard of before, there's certain reluctance when you first actually proceed to listen to them. You're not really sure what to expect, and naturally, for that reason, you are hesitant. Inevitably you will either live to listen another day or hate it so much that you orchestrate a ceremonial burning of the album. When it comes to Shatner though, judging a disk by its cover, you probably would gather, prematurely, that it wasn't for you. However, that's why it has always been said that you shouldn't judge anything by its cover, regardless. You, in this case, would be making a huge mistake.

Shatner are a band with rhythm, vibrancy and enthusiasm and their new album 'Thirteen O' Clock' is a spirited, effervescent and truly enticing piece of work. Their choice of lyrics strikes as somewhat genius and you can't escape their musicianship. This is one of those guilty pleasure albums that you'll take out and listen to at your comfort.