Review of Day To Day Album by Sarathy Korwar

It might all sound a bit Professor Brian Cox, but it's hard to escape the conclusion that music and musicians are being drawn to its increasingly heterogeneous middle, or catapulted by some dark creative matter far out into the darkest reaches of the form. 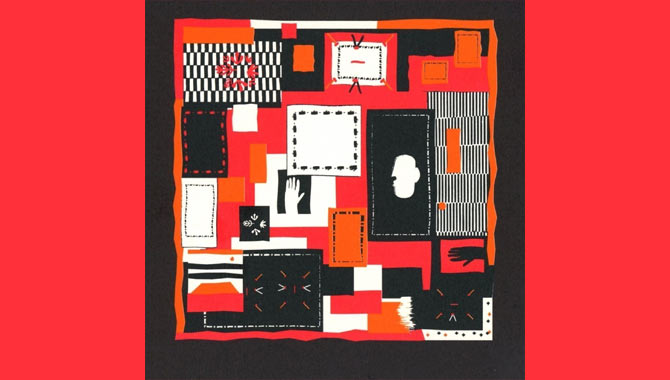 Sarathy Korwar represents the latter school; American born, he moved back to India, lived both in Ahmedabad and Chennai and was playing the tabla by the age of ten before become ensconced in the world of Jazz via amongst others legends such as John Coltrane. Eventually moving to London and further immersed in diasporan swirl, his début release Day To Day is far from a straightforward record, one Korwar has brought to the world via a successful three minute video pitch to the folks at Ninja Tune and the Steve Reid Foundation, whose patrons include Matthew Hebden and Gilles Peterson.

To an extent it's easy to get hung up on the Day To Day's almost scholarly motifs and it's micro-niche proposition, but to his credit Korwar is never once lost to pretence. Much of the inspiration came from field recordings made of the The Sidi Troupe Of Ratanpur, a migrant tribe of musicians whose live performances can mirror the fervour of Baptist Devotionals. The accompanying press release probably does the idea more justice than we can, explaining that it "Fuses traditional folk music of the Sidi community in India (combining East African, Sufi and Indian influences) with jazz and electronics", a premise that on the surface could be perceived constricting as a straitjacket level, but one whose ethno-centric roots are vibrantly celebrated rather than dogmatically observed.

This prosaic background aside, opener Bhajan begins with a chanted mantra before transitioning into a largely orthodox and mellow travelogue, percussive but still lost somewhere in reflection,  a piece that like much of Day to Day challenges the listener to choose your own emotional reaction. To Korwar's credit it's hard to hear the joins between studio and analogue capture; on Bismillah the package is so neatly managed it sounds like the First World sax is in the same room as the quintet of mournful singers.

Migrancy - and it's modern equivalent voluntary displacement - are recurring inputs, because living in a foreign environment most often prompts the citizen to a wider perspective, but also a de-tuning of cultural detritus. This perspicacity dominates pieces such as Karam - with strings which could equally be Flamenco or from a thousand/miles years ago - and the multifarious cosmic swirl of Eyes Closed. In circumstances where you are the outsider it's often tempting to retreat to the accepted norms, but Hail's vibrational and staccato intertwining of processing, unfamiliar words and incessant drum fills is as elemental as label mate Ash Koosha's AKA release earlier this year was synthesised.

Perhaps because this is come kind of elliptical voyage, the finale Marwa (Transcendence) is relatively gestalt, a smirking clarinet on a leash engaged in a knife fight with a saxophone that sounds like it's having a seizure in scales and hallucinogenic visions. Maybe this marks the end of a process of normalisation (One of Day By Day's tracks is entitled "Indefinite Leave To Remain"), or perhaps this is Sarathay Korwar's oblique way of out-authenticising an art form from without. Either could be true and whilst it's far from the epicentre of contemporary music, the open minded may well still some solace here.