Starting out as a bedroom artist in Philadelphia's DIY scene, (Sandy) Alex G - or Alex Giannascoli - has come a long way in the past few years. Following his breakthrough album, DSU, in 2014, he signed to Domino and released his major label debut, Beach Music, in 2015. His second release for Domino, Rocket sees him broaden his perspective as a songwriter. 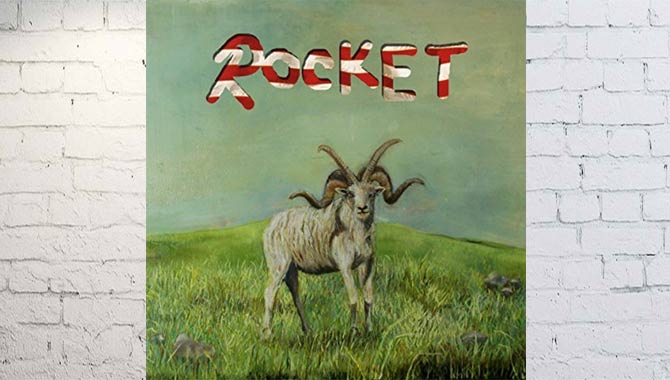 While his previous albums are products of the introspection and private anxieties one might expect from a musician working and recording in the intimacy of their own bedroom, Rocket is the sound of Giannascoli discovering that there's a world outside. The 14 tracks span a variety of musical styles and lyrical perspectives, marking a departure from the lo-fi rock with which he has become associated.

There's jangly country pop on second track 'Proud', with the gentle vocals hovering over the strum of acoustic guitars. 'Brick', on the other hand, is two minutes of fuzzy screams, programmed beats and heavily distorted bass. There're even touches of R'n'B to be heard on 'Sportstar', on which Giannascoli sings through a vocoder and adopts the voice of a disturbed fan obsessed with an unnamed sportstar.

This idea of inhabiting different personalities is evident throughout the record: 'Powerful Man' is the voice of a teenager brewing with confidence; 'Bobby' identifies with a plotting couple on the cusp of a relationship; and 'Alina' is the confessions of an alienated schoolgirl. When discussing his choice of lyrical standpoints, Giannascoli noted, "I wanted it to be full of these characters who don't know how crazy they are." The result is an album that is, in its erraticism, often hard to listen to, even harder to pin down, but always bitingly entertaining.

Providing vocals on 'Bobby' and 'Alina', Emily Yacina helps to further establish the multiple vocal perspectives. Her contributions to the record also mark another development in Giannascoli's approach. Usually the most solo of solo artists, he seems to have warmed to the idea of collaboration after contributing guitar to Frank Ocean's album, Blonde, last year.

As with all Alex G releases to date, Rocket still bears the influence of Elliott Smith and Sparklehorse, but its musical and lyrical scope firmly establish Giannascoli as a versatile and original songwriter in his own right.