Review of To Conquer Single by Samsa 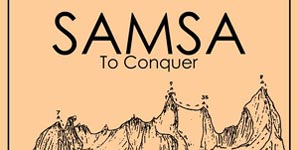 Cumbria natives Samsa have been making inroads into the underground indie scene for a few years now, even gaining an early champion in the late John Peel (who was this John Peel fellow anyway? Was he in the Undertones?), and emerging as part of the huge Leeds/Dance to the Radio scene of late.

To Conquer is a treat, coming off as emotive, but not emo, perhaps like a more thrashy Silent Alarm-era Bloc Party. The chorus scales the heights of hugeness whilst still maintaining warmth and atmosphere, an impressive feat for a three-piece. Samsa are definitely an exciting prospect for the future.