Review of La Musique Single by Riot In Belgium 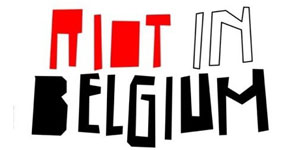 Re-released presumably in time to ingratiate itself with the Claire's accessories crowd on their annual Hogmanay trip into town, what you get is predictably not Flemish and doesn't require a Molotov cocktail. Harnessing comes-as-standard androgynous female vocals and a minimalist four note tech-disco bass kissoff, the result instead is a bangle away from David Guetta's euro babble.

DJ's with time on their hands may wish to check out the slightly less derivate Sinden mix, but it's hard to imagine the boys from Simian Mobile Disco or Justice losing much sleep over this.