The 1970s were undoubtedly the decade of the singer-songwriter; think Jackson Browne, Harry Nilsson, Joni Mitchell, James Taylor, Randy Newman - the list could go on indefinitely. So it is that, a few months into 2015, there is a sense that the spirit of the 70s singer-songwriter is ghosting its way into the fringes of popular music. From the piano-lead balladry of Tobias Jesso, Jr. to the perfectly orchestrated compositions which make up Natalie Prass' debut album, it appears as if up and coming artists are drawing heavily on the ethos of the 70s singer-songwriter. So, whilst being careful not to immediately lump his debut album alongside those of his contemporaries, Ralegh Long's 'Hoverance', released on Gare Du Nord, is made up of intimate and personal songs firmly channelled through a 1970s filter. What's more, a quick Google images search will reveal that he even looks a little like Nick Drake. 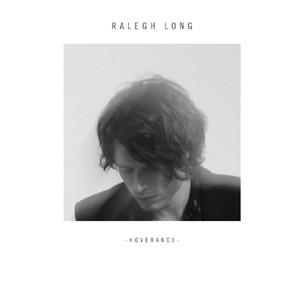 With Tom Dougall of TOY on guitar, ex-Hefner member Jack Hayter on the steel pedal and Louis-Phillipe, who has worked with such acts as The Clientele and The High Llamas, on string arrangement duties, the record certainly isn't short of expert input. Lead single 'Islands' opens with a piano-lead chord progression before vocals are introduced alongside thumping drums and Hayter's quivering steel pedal. The opening lyrics, "I went walking in the stream, I dreamt of islands floating too" are delivered in Long's delicate yet mature tone. The rural imagery is a predominant presence throughout the album with tracks such as 'Gulls Hovering', 'All the Leaves are Gone' and 'The Light of The Sun' all offering comments on the natural world. But Long isn't just a soppy romantic penning an ode to the countryside, his lyrics have an air of mystery about them, transporting you into a surreal domain away from any urban point of reference. In 'No Use' he sings, "I wanted the sky to fall on me" before discussing futile relationships and lost loves.

The ethereal steel pedal set alongside the rich piano parts and tender harmonies perfectly complement the magical, often other-worldly, lyrical content whilst the faultless production and lush orchestration reinforce the influence of the early 70s and, more specifically, the seamless studio rock sound adopted at that time. Moreover, Long's melancholic leanings on 'Song For Matthew' and his delicate guitar picking on instrumental track 'The Lizard' immediately bring to mind the fragility and vulnerability central to many of Nick Drake's compositions.

So, although Ralegh Long is in good company when it comes to current singer-songwriters looking back to their 1970s predecessors for inspiration, 'Hoverance' is wholly unique in that it effortlessly combines images of rural landscapes, surreal metaphors and stories of loves lost and found. The result of which is a hypnotic, escapist listen, and a debut album which bodes well not only for Ralegh Long but also for the 70s singer-songwriter revival which is gradually gaining momentum.