Review of Wave Your Flags Album by Phildel

Phildel Hoi Yee Ng (Phildel) has gone back a step, in terms of her musical compositions, and returned to a style more reminiscent of her debut album from 2014, 'The Disappearance Of The Girl', with her latest release. 'Wave Your Flags' follows 2015's almost wholly instrumental 'QI' and combines all the elements that made both albums resonate. Phildel's smouldering and subtlety soulful vocals sit above a more contemporary soundtrack on her third album as she incorporates more electronics into the mix. 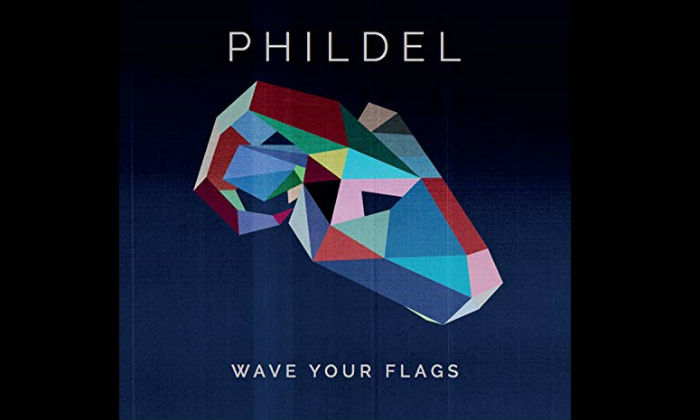 The first single lifted from the album, 'The Deep', is a tremendous introduction to an excellent record. Where London Grammar meets Bat For Lashes is where Phildel finds herself luxuriating and she is more than comfortable in her stylised and sophisticated surroundings (No wonder she's an ad man's dream). Phildel's layered vocals combine with the understated and rhythmic electro beat as piano and keyboards are added in. The symbiosis of the musical elements and Phildel's almost sensuous vocal delivery is a fabulous mixture. The album's second single is also its second track. 'Electric Heights' continues in the same vein as its processor, introducing even more electro elements to complement Phildel's sublime vocals.

The title track is more of a sombre and reflective affair, bringing the piano more to the fore in a slower track that is achingly charged with a longing and want that the protagonist in the song never quite gets to realise. Latest single 'Oh Love' makes a stunning four out of four for the album's opening quartet of songs. The melodic and harmonic track, that has more of an immediate and commercial chorus, is Phildel's closest foray into balladic pop. 'Lamb' is more of an angelic, choral affair with overlapping and layered vocals and 'Wild Sea' a brooding piece with a pent up energy and underlying drama that breaks brilliantly where as 'Glide Dogs' is a darker electro fantasy. 'A Great Wave' continues Phildel's experimental electronica before the sadness imparted in 'Floods' and finally the percussively driven positivity of the close-out track 'Glorious'.

Phildel's prodigious talent as a neo-classical composer and arranger have no doubt helped shape the sound of her current material. The songs are self assured with a cohesive production that flows throughout the eleven-track album. Her forte (No pun intended) as a contemporary pianist elevates her compositions and arrangement beyond the norm. Her understanding and use of classical techniques to enhance each score gives these songs that little something extra. There are no jarring moments, only exquisite music and angelic vocals.