Panic! At The Disco - Lying Is The Most Fun A Girl Can Have Without Taking Her Clothes Off Single Review

Review of Lying Is The Most Fun A Girl Can Have Without Taking Her Clothes Off Single by Panic! At The Disco

Panic! At The Disco
Lying Is The Most Fun A Girl Can Have Without Taking Her Clothes Off
Single Review 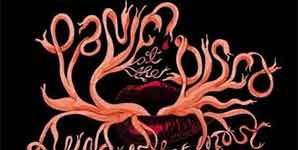 Along with Fall Out Boy, Panic! At The Disco have been one of the breakthrough bands of the year from America's saturated punk rock scene. Their album 'A Fever You Can't Sweat Out' broke into the Top 20 in the UK, and they've landed themselves a slot at the Carling Festival on August Bank Holiday weekend.

Quite why 'Lying Is The Most Fun' has such a ridiculously long title is unknown, but perhaps it's to detract from the song lacking the immediate catchiness and brilliance of the band's previous single 'I Write Sins Not Tragedies'. Whilst this may sometimes be the cue to pan a track, in this it isn't.
Given a few listens, it turns out to be a slow burner that shows Panic! At The Disco are equally capable of producing a 'serious' rock sound as they are at pop ditties. It can only help increase their popularity.