Louise Golbey may well be a name that rings a bell and it's no wonder why. Louise has been part of the BBC Radio Introducing series recorded at the famous Maida Vale Studios, she has appeared at the likes of Glastonbury and The Isle Of White Festival, and she has also supported and shared the stage with a number of high-profile artists including Jessie J, Paloma Faith and Ed Sheeran. But whether you do or don't know the name now, by the end of 2015 she will certainly have become a household name. Why? Put quite simply, not since the Sade albums, whilst at their peak, has there been, in my honest opinion, an album of this calibre for coffee table soul music. That doesn't mean that 'Novel' is a Sade copy, far from it - Louise Golbey is a very unique individual and this is shown from the first to the very last track on this album. 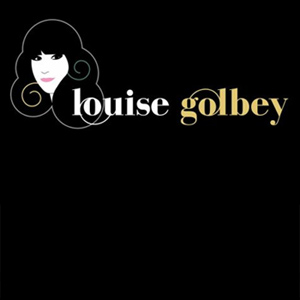 The piano introduced swayer 'How It Is' kicks off proceedings, with the subtle backing leaving plenty of room for this talented singer's vocal prowess to breathe. The warmth you feel from this track, musically, is so noticeable. To top it all off, the lyrics are truly a cut above the rest and, when this track breaks down, it's jaw dropping. 'Sparkle' is a slightly more jazzy, funkier affair and has the words 'Hit Single' written all the way through it. This sublime mid-beater is as catchy as a track can be, infectiously and affectionately stuck in the brain after just one play with a real feel good factor to it. The summery 'A Little While Longer' shows more lyrical class with a powerful chorus that quite frankly slaps you square in the face.

While it would be quite easy, in this day and age, to quit after three stunning tracks (after all, just three strong tracks is about average for an album nowadays), do so at your peril because this album goes from sublime to the ridiculously good with the sensational 'Little Bird'. This downbeat swayer is so simple yet so very, very clever production wise, both lyrically and vocally. It's enough to send shivers through the spine - a positive sign that this lady is rather special. The eclectic 'Lots To Give' gives a different shape to this album being very reminiscent of the early to mid 90s UK soul sound (think Smith & Mighty, Massive Attack and, again, Sade). The very personal, strong, yet mellow 'Family Tree' is a track written through the inspiration of Louise's grandmother. You can hear quite plainly the bond, the warmth and the feelings put into this emotional and well-written song.

Flowing throughout this album is a quality rarely found these days. Even on funkier, jazzier head-nodders like 'Purple Soul', 'Comfortable' and 'The Outsider', it's evident that 'Novel' provides something special for the music purists out there. Further proof comes with 'The Outsider''s special guest Omar; to get the seal of approval from a true soul legend as he really does say so much about how credible this amazing talent is musically.

There is nothing more raw and more exposing of your vocal talent than a fully acoustic version of a track and Louise unsurprisingly delivers on the sublime 'How Far Love Can Go'. From this flows a personal favourite of mine; the jaw dropping 'Game Player'. Style wise, it's very much in the style of another UK act I championed a while back the amazing Floetry, with the addition of the LyricL rap. The guitar/clap intro instantly grabs the attention before another impressive vocal delivery puts the icing on the cake.

Early as it may be in 2015, this is already serious contender for album of the year. Louise has delivered the perfect album to keep both specialist and cross over music lovers very happy indeed.