When Lou Doillon released her award-winning debut album in 2012, it was said that "the darker daughter had come out of the shadows". Lou, one of four alliterative sisters, and half-sister to actress and singer Charlotte Gainsbourg, was persuaded by a family friend that she should record her songs and so her debut, folk-oriented album 'Places' was realised. The child actor, one time face of French fashion and perfume house Givenchy, and daughter to film director Jacques Doillon and actress/singer Jane Birkin, was tired of feeling like the "John Merrick" of the family. An odd turn of phrase you may think for such an arresting model. 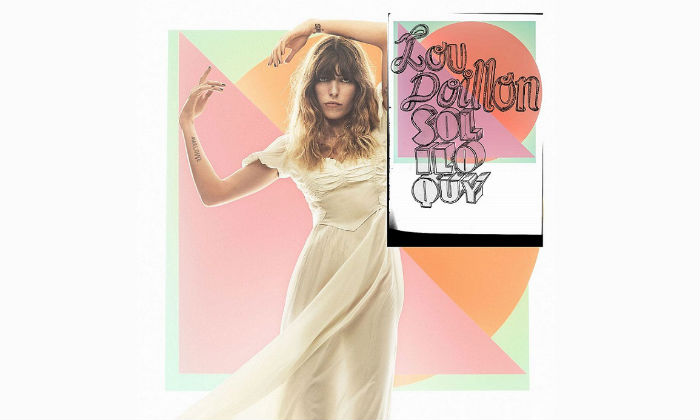 Fast forward eight years and Doillon has teamed up with Cat Power and Dan Levy amongst others on her second album 'Soliloquy'. After years of uncertainty and doubt about her preferred life choices she seems now, through her music and art, to have finally resigned the 'freak show' of her early life to the past. Doillon's latest release is self-assured, positive and empowered; it is not trying to be something it's not.

'Soliloquy' is filled with a moody undercurrent that's perpetuated by Doillon's smouldering vocal. The playful theatrics of 'The Joke' skip between a dark and slightly mischievous noir to a more light-hearted and upbeat bounce, whereas 'Widows' stays closer to the 'Haunted Folk' of her previous album. Each capture Doillon's smooth but emotive vocal and are enhanced by a strongly evocative arrangement set against an equally engaging performance.

The intriguing juxtaposition of playing light against dark in both production and performance is evident again on 'Last Time', the ever-building and impassioned 'Burn', and latterly in album opener 'Brother'. Here, as elsewhere on the album, a fabulous string arrangement scores the song to elevate it further. Where 'Soliloquy' soars, however, is on the uplifting, immediate folk-pop of the piano-led 'Too Much'; the brooding, reflective and mildly melancholic Cat Power duet 'It's You'; and the oddity, in terms of fit, on the album, 'All These Nights'. Here, Lou takes a route not overly explored elsewhere. The electro-infused throwback is a gem of a track with a brilliant revolving hook born out of an early 80s Moroder and Jan Hammer soundtracked world.

It could be argued that 'All These Nights' is the closest Lou Doillon comes to sounding like her half-sister Charlotte Gainsbourg, and maybe that's why there may have been a reluctance to go further down this path of synth loops and electronica for fear of treading on her toes. The gentle and mesmerising start to the track barely prepare you for when the song breaks into a glorious retro electro symphony of sound. 'Widows' and, in the final moments, 'Snowed In' knock at the EDM door but this is a surprise and a triumph, and moreover unique enough not to be labelled as a sisterly copy-cat.

Lou Doillon's album highlights the quality in her vocal, showcases her talent as a song-writer and captures an artist growing ever more confident in their own ability. The collaborative nature of the 12-track release has obviously paid dividends in terms of moving her sound forward from that of her 2012 album and has produced an album rich in atmosphere that throws in the odd, pleasantly surprising curve ball along the way.