Review of Lunatic Album by Kongos

Bursting out the stereo with the glitzy stomp of opening salvo 'I'm Only Joking' and 'Come With Me Now', Kongos at first appear to be a band that has dispensed with any notion of subtlety. The raucously infectious 'Come With Me Now' is almost feral in its tribal appeal. A song based almost solely on the impact of one huge chanted refrain, it's an earworm that meshes together an accordion and squealing guitar into something unashamedly brazen. Its opening partner 'I'm Only Joking' channels the same energy adding what is perhaps best described as psychedelic babbling into the mix. Two songs into the band's sophomore album 'Lunatic', you could be forgiven for wondering whether Kongos are a warped glam-rock band from the 70s that stumbled across a time machine and propelled themselves in 2014 to pedal a new line in camp rock. 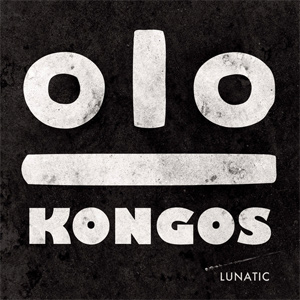 In fact, Kongos are a 4-piece family affair from South Africa. Johnny Kongos, Jesse Kongos, Daniel Kongos and Dylan Kongos are all sons of singer-songwriter John Kongo. There's significant musical pedigree at play, and it manifests itself across 'Lunatic' in the form of carefree abandon. The result is an adventurous album that impresses more than it disappoints.

While 'I'm Only Joking' and 'Come With Me Now' sound exactly like the sort of songs you might expect to find on an album called 'Lunatic', they actually act as something of a red herring. While the third track 'I Want To Know' is a surprisingly enjoyable reggae cut, much of the album actually sounds like how The Killers might if someone gave them an accordion.

Part of the reason for this is that, vocally, there are moments on the album such as 'Escape' where if you didn't know you were listening to Kongos, you could quite easily think you were listening to Brandon Flowers. The comparison runs deeper than a vocal similarity, however. Bursting with bombast, 'Sex On The Radio' boasts the sort of sky scraping chorus The Killers have made a career out of. In the album's quieter moments such as 'Travelling On', Kongos display an earnest side which, again, is almost a pastiche of Brandon Flowers' more reflective moments.

Despite some notable similarities, however, 'Lunatic' boasts enough quality material to stand apart from its apparent influences. Certainly, Kongos reveal themselves to have a keen ear for melody; something which makes the album instantly accessible. Yet from the winding accordion solo of 'Take Me Back' to the rousing 'Come with Me Now' and the reggae infused 'I Want To Know', Kongos repeatedly manage to craft highly accessible and melodic rock songs without becoming formulaic.

Unfortunately, as the album enters its final quarter it begins to lose some of its earlier outlandish appeal. That's not to say that songs such as 'It's A Good Life' and 'This Time I Won't Forget' are bad.  It's just that on 'Lunatic', Kongos make bombast and melody exciting while their attempts at slow-burning reflection lack the poetry and texture needed to really shine.

Across 'Lunatic' as a whole, there's plenty to enjoy. While the album doesn't comprise of the stomping glam rock its opening tracks suggest it might, 'Lunatic' reveals an ambitious band happy to embrace a range of sounds and textures to keep their songs distinct. Ultimately though, it's the band's mastery of melody which provides the album's biggest thrills.