So much of music is in diverse ways, so instructive. It's made to be like that: the artist wants you to think a certain way when you listen to the songs, to understand either the physical necessity (to dance), the desired personal expression (to sing) or ways to otherwise connect with them at a profound, empathetic level. To reach peak satisfaction we find ourselves submitting by default to their control, to forces still not understood despite thousands of years of so called civilisation and its attempts to breed these instincts out of us through the sham of rationality. Abandonment and submission: all good music possesses us. 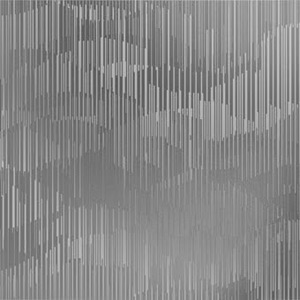 'Edition 1' tries not to do that. Instead of voodoo, it manifests itself like an apparition. Where the boogie might take us from bar to street to disco, here there are only cold, mist bound fields and endless tunnels of the imagination. The first of four collaborative projects between King Midas Sound - the trio of Kevin Martin (AKA The Bug), poet Roger Robinson and singer Kiki Hitomi - and Viennese avant garde composer Christian Fennesz, it's an album that will confound as much as entertain, defying the listener to shape their own form in its wake. Martin has described KDM's  spiritual raison d'etre as "Concerned with the analysis of melancholy... about really, really intense soul searching", whilst Fennesz himself uses layers of effects and processing to make his guitar produce orphaned, dissolute sounds.

In tandem, the effect creates less music than a series of droning eddies, each gently folding in on each other. They proceed at their own pace: opener 'Mysteries' pulses glacially, a series of repeated phrases with Robinson reciting a plaintive tale of loss: "I waited for you/But you never came". Even more austere, 'Waves' seems transfixed by the elemental power of water itself, containing awed verses such as, "Now these waves have come to take a life/Let's just hold each other tight" whilst subtle changes in tone shift from drip motifs to those of a tsunami.

As if being performed on the opposite side of a thin, translucent film which separates the listener from it, occasionally echoes of our reality come floating back via Doppler, faint transmissions such as the uber minimalist dubstep of 'Loving Or Leaving', or the resolute, post break up coping notes to the psyche of 'Melt'. Each of the trio has relocated from the urban chaos of London in the last couple of years (To variously Berlin and Leipzig) and become parents, a experience of taking stock for anyone. Co-operatively that profound and inexplicable watershed informs 'Edition 1', on occasions subliminally, but sometimes at the foreground, closing piece 'Our Love' having the lazy, comforting warmth of a dream, whilst 'Lighthouse' brings Fennesz to his greatest prominence here, swathes of white noise and hazy ambience playing over words of longing and vulnerability.

Despite a seeming obsession with understatement and shadow, there's a playful sense of perversity here as well: the thirteen minutes plus of 'Above Water' are - in the oeuvre of the Aphex Twin or even Harold Budd's The White Arcades - possibly the most straightforward, relatively, of all. What KDM & Fennesz have succeeded in doing is making that most rarest of things in a twenty first century obsessed with cataloguing, over-analysing and atomising culture, that being a record which defies all of those things whilst revealing itself only gradually, as if from under veils. Somewhere between light and darkness, 'Edition 1' is one of the year's most fascinatingly deep releases.