Review of Soundtrack Album by KIDULTHOOD 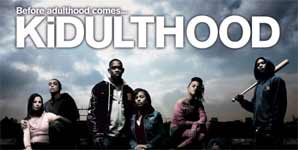 This album contains a tight selection of the cream of U.K urban scenes most celebrated artists as well as up and coming musicians ranging in styles including Hip Hop to grime and garage. The compilation of this album was meant to represent the sinister and menacing reflection of London's ghettos. In terms of originality this album can't be knocked because the U.K urban scene has a sound all its own. The quality of the tracks also can't be faulted with such artists as Klashnekoff, Skinnyman and Dizzee Rascal to mention a few bestowing this album with their talent. This album can be looked at as a measure at how far U.K urban music has come over the years.