Review of Til the Story's Told Album by Kevin Jenkins

Kevin Jenkins plays the bass guitar. And he plays very well, having played with Graham Parker, Cyndi Lauper and Black 47.  He also has a lush, mellifluous voice which is featured on his sophomore release called 'Til the Story's Told'. 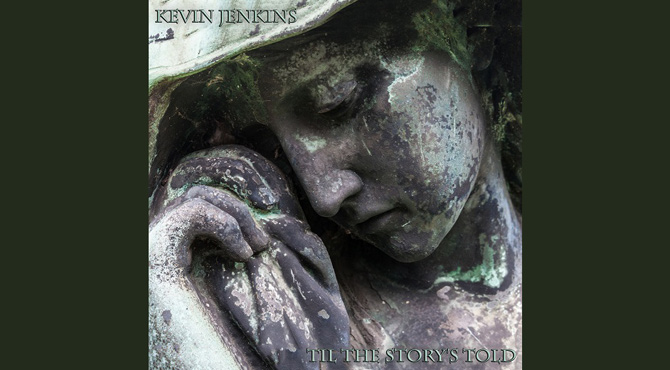 The first cut on the album is Jenkins' cover of a 1969 classic:  Norman Greenbaum's 'Spirit in the Sky'.  Jenkins remains true to the original version, but adds his own unique touches.  The song begins with an almost Gregorian chant:  "Jesus and Moses, Mohammed and Krishna."  The chant is austere and devout, and injects an elusive mystical ambience.  Then, as the music segues into the primary melody, Jenkins' luxuriant voice takes over, providing an easy intimacy that is enhanced by vigorous background voices.

The second track, 'Tangled Up', carries a nice flavor of Al Green, along with exhibiting a wonderful melody.  'Why', probably the weakest song on the album, starts off with a sultry steel guitar then transitions to more conventional music.  The problem is Jenkins' falsetto, which he struggles with a bit.

Arguably the best song on the album is the title track, 'Til the Story's Told'.  It's a gospel rocker of the best type, that speaks of how the story's not over until it's over.  The gist is that salvation through Jesus can make all the difference in the story's conclusion.  A strong bass line drives the song with a harmonica that dazzles the ears.

'Kings of Everything' begins as a twangy blues tune.  Initially, it's more than a little disconcerting, but then the melody kicks in smoothly and evens things out.  'Before You Close Your Eyes' is a tender, emotional, heart wrenching song about the death of a loved one.  The lyrics reach right into the listener's soul.

Black Americana makes an appearance in 'County Line', replete with expansive fields of farmland and languishing acoustic guitars.  Jenkins' voice is sensitive as he tells the story of how life progresses in the heartland of America.

The instrumentation on the album is stellar, as it should be, for it reads like a who's who list of musicians:  Tomas Doncker on guitars and vocals; Mo Roberts in "the pocket" on drums; Nick Rolf on keyboards; David Barnes on the harmonica;  Alan Grubner provides the violin; and the redoubtable Heather Powell adds her flamboyant voice to the mix.

Still, it's Jenkins' voice that makes the music worthwhile.  He's nonpareil when performing tunes with an old time gospel feeling.  His strong, dulcet voice shines out over the melodies.  And when he wants to, he can growl with a metallic undertone that rattles the speakers.

'Til the Story's Told' announces loud and clear that Kevin Jenkins is a musical/vocal force to be reckoned with.  Music lovers should add this one to their collection and, hopefully, Jenkins is even now writing new songs for a third album.