Kai Whiston - No World As Good As Mine Album Review

Kai Whiston moves pretty fast. It was only last year that he properly announced himself as one of the best producers in electronic music today with his debut LP 'Kai Whiston B*tch'; a record that saw him mould otherworldly, mystical and rubbery beats, not unlike many upcoming producers over the last few years. However, Kai Whiston has been putting something of a mutated spin on these sounds, with fatter, more boisterous textures and an in-your-face attitude making him something of the naughty child in these kinds of circles. 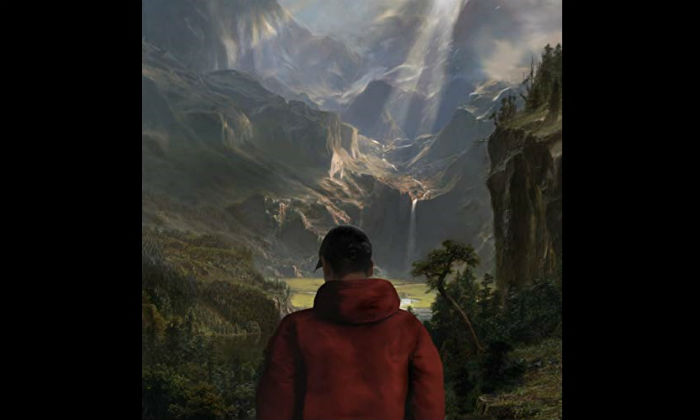 It was only two months ago that he, Iglooghost and BABii put out their brilliant 'XYZ' collaboration album under the name 'Gloo', which saw the three bring out the best in each other across several future-fusion tracks, with Kai bringing a lot of the muscle and spunk. He's back already with his second album of his own 'No World As Good As Mine', and this time he's brought in organic instruments to help create a work that's more expansive and (dare we say it) mature.

'I-Fall In Your Hands' kicks things off with industrial throbbing, dark keys as well as a robust, post-apocalyptic drum march. There are other dizzying elements surrounding that keep it in Kai Whiston's bonkers wheelhouse. The track ends on the first of a handful of rusty spoken word interludes that sets the stage for an overarching theme across the record, with the detail of a 'foggy veil spilt on the land', but then 'Bring your heaven and hell combined, there is no world as good as mine' challenging this apparent threat.

'Glyder Fawr' delivers breezy summer guitar noodling. There's a melodious, ascending that feels like a power surge and subtly explodes into a piercing, scattered, seizure-like movement. This track then transitions into some delightful flamenco guitar before circling back and tuning itself to the main melody for a full reviving effect.

'(Run It)' is something of a rap tune with an in-your-face flow and maladjusted bass, but the song progresses into something of a post-rock/breakbeats hybrid. The 'run it, run it' hook returns, before the vocals confront the listener, squaring up and lingering amongst brain-melting textures. This song is a key moment of showing Kai Whiston's newfound ability to blend genres, make so many of them his own and have them sit comfortably next to each other.

'II-Beautiful Losers' might just be the indietronica song of the year! This track features nimble, music-box playfulness with giddy, adventurous noodling and nostalgic vocals from Joe Petersen that give the song a romantic boost. You could just see this being the soundtrack to a summer love montage.

'Lovers' rocks like a withered old man with plenty of stories in a rocking chair, accompanied by an accordion sound. Admittedly, it's a little bit difficult to tell what is organic on this record and what is production, but that's only because Kai Whiston is proving himself to be so skilled at weaving the two sonic worlds together.

'III-Blue Dots' is the most classical 'No World As Good As Mine' gets, and perhaps the most intense as well. This several-minute long cut builds with tense, harrowing strings that bend and warp in a Twin Peaks-esque fashion. There's also some signature Kai Whiston slimy bass darting around to keep it very much him. When this song reaches its crescendo, it's a world-ending attack from every element in play as each texture shoots left and right in a big freak-out of sound.

Now it's time for the metal song on 'No World As Good As Mine', which already seems to be something of a tradition for Kai Whiston albums. If last year's 'Brain Fritta' on 'Kai Whiston B*tch' was a nu-metal stomp injected into some trap hype, then like pretty much everything on this album 'Things You Bury' is something of an update.

Featuring prog-metal wizards The Physics House Band, this song is just an avalanche of cascading, thunderous drum fills, iron forge guitar stomps and mountaintop wailing. Like every other foray into another genre on this record though, there's enough in there to have it seamlessly fit with the rest of the tracks. That cabin-fever feel is omnipresent here like it is the rest of the record, though with a more a sinister atmosphere.

'IV-No World' closes the record out with the most ambitious thing Kai Whiston (and arguably anyone on the scene) has done yet; a 13-minute-long epic of multiple flavours and moods that builds into a climactic finale of elements from across the record meeting once last time. There's post-rock ascension, shining beats and haunting melodies; a real 'we're not in Kansas anymore' journey. The song transitions into some wholesome strumming on an acoustic guitar with twinkling keys and a childlike vocal that lends a certain innocence to this section, but transforms into more slick noodling that sends this record out magnificently.

That is all before one final spoken word segment, though this one is more positive than the others. There's imagery of the 'sun scorching' and vales and peaks spanning through 'harvest's hell'.

'No World As Good As Mine' is really quite the journey, with such a well-executed array of styles in the mix. It's a successful experiment with different instruments to what we've previously known Kai Whiston to be comfortable with and overall just a gripping progression from track-to-track, through varying moods and atmospheres that any listener is bound to get at least something out of. He might be the mystical-beats bad boy, but with this record he's also an artist with seemingly infinite possibilities within him. There truly is no world as good as his.