Review of Jungle Album by Jungle

Known only by their initials, J and T, Jungle's decision to let their music do the talking has paid off on their highly-polished debut album. 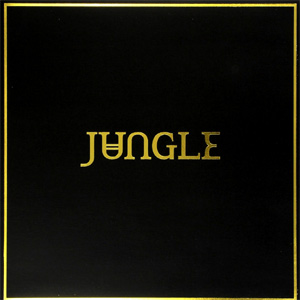 From album opener 'The Heat' until the last notes of 'Lemonade Lake', Jungle have crafted an album which effortlessly transports you to the sun-soaked beaches of Miami - an impressive feat considering the duo actually hail from West London.

Consistent in tone throughout, Jungle's distinctive brand of super-slick funk and soul sees the band succeed in making a well-worn formula exciting and relevant again. From album highlight 'Busy Earnin' to the smooth soul of 'Son of a Gun', the most impressive thing about Jungle is that their debut successfully creates both a sense of immediacy and longevity.

This isn't an album you have to listen to multiple times to love. It's an album with addictive pop hooks and danceable grooves that hit you straight away. Importantly, however, Jungle haven't delivered a brand of pop that's initially sweet before quickly becoming tiresome. It is this combination which makes revisiting the album irresistible.

Taken as a whole, Jungle's debut is a cohesive body of work. Across the 13 songs which comprise their self-titled album, Jungle's blend of effortless falsetto and syncopated beats melds into virtually the perfect soundtrack to any hazy summer's day.

For anyone who was a fan of the band's earlier EPs, the quality of 'Jungle' serves to validate the hype. For anyone encountering Jungle for the first time, their debut album could become a staple of their summer soundtrack for years to come.