Riding the rising wave of neo-classical artists currently infiltrating an ever-growing public consciousness is Dutch pianist Joep Beving. Ever since the somewhat unexpected success of his debut release 'Solipsism' in 2015, Joep has become rather less of an advertising man (his day job) and more of a minimalist composer and performer of evocative soundscapes. His latest album 'Henosis' is an epic affair of more than twenty tracks and follows his 2018 release 'Conatus'. 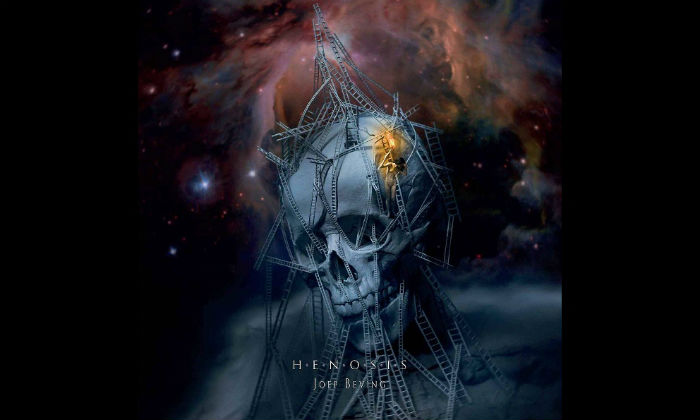 Where traditionally an artist, or label, may have seen this amount of material as two or three albums' worth and had to edit, cut, shelve or just ditch, there now seems to be a want to go all in. No longer are people playing the odds by backing the 'winners'; increasingly they are throwing everything at the wall to see what sticks (it's annoying; annoying me, at any rate). Ahead of the album release in full, there has already been six tracks, or singles, lifted and premiered from 'Henosis'.

Putting my personal annoyance with this current approach aside there is still a lot to like about Beving's latest album. It's quite low-key (no pun intended!) for the most part. Joep has said his style emanates from his enforced playing regime, softly picking tunes out of his grandmother's old piano as the rest of his family slept. This is evident from the off as the gently building, ever more intense, 'Unus Mundus' opens the album. Second track and first single 'Into The Dark Blue' continues this soft and tender ideology but with more of an electronic bent.

Where 'Henosis' has its strongest moments, however, is where Joep develops his compositions and arrangements to include glorious string sections. The momentous rise and fall of the violins during 'Shepherd' is magnificent, and the stirring string-led undulations and choral vocal that accentuate 'Aeon' are equally arresting in their beauty. 'Venus' takes a more considered and sombre route but is no less effective with its mildly melancholic and mournful contemplations and 'The One As Two' employs a minimalist arrangement that is so subtle and pared back it leaves you achingly calm.

'Orvonton' is more traditionally cinematic, film noir territory. It's darker and brooding in moments with a sinister undercurrent not far below the surface. 'Klangfall' pairs piano with synth in a similarly evocative manner, hinting at a more dystopian vista with its tense theatricality. Possibly Joep's finest use of synth and electronic technology deployed here though is during the 7m5s of 'Apophis'. 'Apophis', and at times 'Nebula', is the fastest and most rhythmic of all the tracks on 'Henosis' and it combines all the elements at Beving's disposal. In one of the highlights of the album, Joep combines all the threads, even using a layered vocal to give yet more character to the monumental track.

Entering into the world of Nils Frahm, Max Richter, Olafur Arnalds and Poppy Ackroyd is a daunting proposition from the outset. The new wave of contemporary composers that are spearheading a fantastic exploration of increasingly complex soundscapes are making their own music and defining their own genre. Joep Beving is not quite in that league yet, but his work is in some parts remarkable, and in the most part very evocative and at times just beautiful. A star in ascendancy.