Review of No World Album by INC.

Los Angeles based brothers Andrew and Daniel Aged don't look a day over the age of twenty-five which makes their obvious 1980s fixation even more difficult to fathom. Call it kitsch, a voyage of discovery, or an education in the art of overly layered, technically refined production values if you wish. After all, their background is in production and engineering as well as being renowned session musicians whose list of credits includes Elton John, Cee Lo Green, Pharrell Williams and Beck Hansen. Impressive. 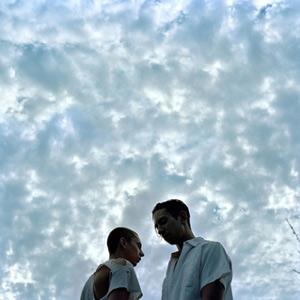 Nevertheless, as Inc. they've ventured out as a unit, together crafting a record that owes much of its existence to a time and place many would associate with Stag and Hen parties in their local Flares or Reflex dens of iniquity. Having released their debut EP '3' a couple of years ago, the Ageds have spent the time in between juggling between working with others and constructing their own long player. Slickly orchestrated and executed, 'No World' does indeed for the most part resemble a throw back to an era where Jam & Lewis were the sonic gurus and Janet Jackson's 'Control' was deemed the sound of the future.

Of course, it would be churlish to simply dismiss Inc. as nostalgia freaks for a time many would rather forget. Similar techniques in layering and production can be found in a diverse range of current artists from Chromatics to The xx and Jessie Ware. However, none could also be accused of sticking so rigidly to the template either, which is undoubtedly the biggest criticism laid at 'No World''s door.

While 'No World' succinctly nails Inc.'s soulful colours to the mast, the record veers on the wrong side of formulaic, particularly over the course of eleven like-minded pieces. Whispered, occasionally unintelligible vocals permeate throughout the album's core, often held together by processed strands of percussive beats that tend to drive the songs away from perfunctory blandness. Some of the time at any rate.

More difficult to ascertain is Inc.'s sense of identity. Or urgency for that matter either. For every stripped down nugget of laconic soul; 'Lifetime' sounds like Prince in lo-fi for example; there's a plethora of generic, albeit finely tuned compositions that could have been identically manufactured then paraded on a conveyor belt. 'Trust (Hell Below)' delivers a Memphis style vibe, all Hammond organ and four-to-the-floor beats, that suggests Inc. are a more viable proposition when outside of their comfort zone.

Unfortunately, 'No World' plays it safe far too often and for that reason struggles to regain any impetus beyond its superior midpoint.