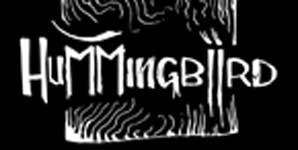 Not many bands self title their fourth album, but for Chicago's Hummingbiird, this is something of a new debut. Formed in 1999 (and formerly called Pedal Steel Transmission), the band set out to bridge the singer-songwriter country-based rock of Gram Parsons and the left-field indie of bands like Pavement and Yo La Tengo, capturing somewhat fortunately the sound (and drive) of an early REM along the way.

However, when one founder member left the band shortly after the release of the third album, this created space for bassist and studio engineer Brett Barton to step in and add a remarkably mature edge to the sound, and more cinematic song structure. In truth, the band's sound is closer to Yo La Tengo than ever, but none the worse for that, with gently jangled guitars behind a slow-core groove, recalling the early days of alt country nostalgically.

This is as honest as music gets - good songs, well told, with no artifice.