The Stands former frontman Howie Payne returns this week with only his second solo album proper since the split of his Liverpool based band in 2005. Having kept the company of some of the early noughties most revered acts (Oasis, Paul Weller, The Zutons, The Coral etc.), Payne has dipped in and out of the musical spotlight ever since. With Payne choosing to take up production duties and band management, along with the occasional performance and re-release, in the interim it is a pleasant surprise to see him follow up 2009's 'Bright Light Ballads' with something fresh and new. 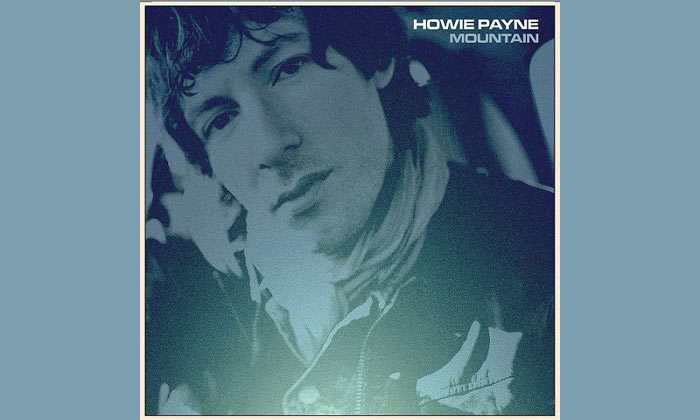 Payne's decision to dip his toe back into the pool makes for a welcome return; 'Mountain' is a very good record that's been long overdue. His new ten track album is as crisp and clear as a glacial stream. The melodic layered harmonies have an astonishing clarity that deliver an overwhelming purity. 'Mountain' has a relaxed ease about it; a soulful undercurrent and a sense of innocence.

The first single lifted off the album is probably its most immediate and irresistibly catchy. 'The Brightest Star' skips and bounces along with a wilful exuberance, further enhanced by the introduction of some joyously plinky plonky keys. 'Some Believer, Sweet Dreamer', another single release, and the close out track 'Evangaline (Los Angeles)' take a more laidback approach. Both tracks, however, do share a quality in their harmonies that I found reminded me, somewhat surprisingly, of some of Pink Floyd's more melodic moments.

'Mountain' also offers up a country lilt in the twang of guitar licks and soaring backing vocals on 'Holding On' as well as a balladic lullaby in the form of 'After Tonight'. With its stand-out harmonica to cut through the mix of revolving guitars and multi-layered vocal, you are left appreciating just how good the overall production is.

There is a faint hint of Broken Bells on the more melancholic, subdued 'Thoughts On Thoughts', but an intermittently more up-beat 70s throwback feel (Coke ads and Mungo Jerry) to the hippy flavoured 'High Times'. The highlight on 'Mountain', however, has to be the latest single release drawn from it. 'Hold Steady The Wire' is delivered up with a slight rasp in Payne's voice. The ever so slightly hazier mix give the song a depth and a certain darkness not heard elsewhere on the album. The guitar, vocal and piano complement each other superbly with a finely balanced combination of each. Payne's prowess as a lyricist are also a highlight here. "Deep into the night, the sound of a street fight. You chased the rain from the sky. You are like lightning to me."

'Mountain' has few flaws and many highlights. Payne himself says, "I think Mountain is my best record so far", and I wouldn't take exception to that. The songwriting, performance and production are all great. In this day and age it's something of a curiosity to find yourself listening to and enjoying a record that is not burdened by superfluous considerations. The album is not defined or confined by its time either; it's not so much an anachronism as an ageless anomaly and all the better for it.