Review of Last To Leave Album by Hardkandy 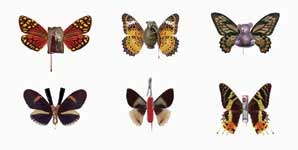 Here it comes…'Last To Leave'. The 2nd offering from Brighton based nu-jazz producer Hardkandy, aka. Tim Bidwell. Their 1st album 'How Do You Do Nothing' was created when Hardkandy were a duo, Bidwell was teamed with Simon Little, who is now sessions Keys played for both Bonobo and the Quantic Soul Orchestra. This, if nothing else, should give you some idea of what to expect, if you haven't heard them already. So how has the Hardkandy sound evolved from one album to the other, and with the departure of Little? Well, its a lot more melody based than the pervious offering. Perhaps consider a change of moniker? Softkandy? Fruitgums? As there is really no harsh elements involved with the sound Bidwell is creating.

This album reeks of the Brighton chill out sound that's connected with the Tru Thoughts label, and some of the Ninja Tune releases, i.e. Hint, Bonobo, etc. To cement the relationship between Hardkandy and the Tru Thoughts sound, Bidwell has collaborated with Limp Twins vocalist Russ Porter on 'State of You'. He has even recorded with Will Holland, the brainchild behind Quantic, The Quantic Soul Orchestra and The Limp Twins. So is it any surprise that 'Last to Leave' sounds like it should be on Tru Thoughts? Me thinks not. This album even sees the unlikely yet beautiful addition of American folk-soul legend Terry Callier, laying down his beautifully honey-glazed vocals on 'Advice'.

There's very little here to sound Hardkandy apart from any of his contemporaries, but that doesn't mean that 'Last to Leave' should be over looked. It's a really uplifting collection of chill out songs that should accompany some, if not every BBQ this summer. This is both beautiful and tranquil, uplifting and soulful, a great album to see dusk in with.