Review of Dilation Album by Grandbrothers

German duo Grandbrothers combine jazz-style piano with a string of electronic techniques to create experimental music that can be both thoughtful and absorbing. The pair gained attention in 2013 when their first track, 'Ezra Was Right', was featured on Giles Peterson's compilation album 'Brownswood Bubblers'. Since then, German label FILM have released the track on an EP which sold out its initial run in ten days. 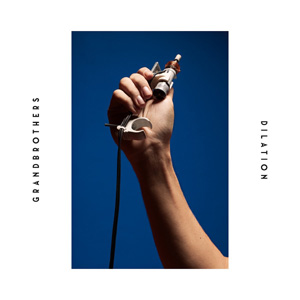 On 'Dilation', Grandbrothers experiment with their sound further, balancing soft jazz tones with busier, more fleshed out sections that are often contemplative and anthemic. Fourth track 'Arctica' is a great example of this and stands out as where their sound is at its fullest; strange progressions build from looped piano played with the group's purpose-built electromagnetic piano hammers while major and minor melodies scatter over Lukas Vogel's revolving glitchy noises.

Pre-album favourite, 'Ezra Was Right', starts softly, with Bill-Evans-style minimal piano and glides smoothly to meet bobbing basslines, warm strings and a strange tremolo noise from what sounds like an old fax machine. 'Ezra' feels a lot more raw than the rest of the songs, since its melodies often go on much longer than those on other tracks.

Jazz influence is something that's been inherent to most areas of electronic music for some time. Now, many acts are emerging to work at this from the other side. Canadian trio BadBadNotGood have garnished widespread success from their hip-hop driven jazz tunes and Mercury nominees GoGo Penguin cite influences as far as Brian Eno, Squarepusher and Aphex Twin. The recent success of these bands indicates that this musical territory is by no means fleeting and suggests further experimentation to come. Grandbrothers approach this style armed only with a modified piano, some loops and effects. For that reason, it is easier for them to fall short when trying to push their sound and can make some of the songs feel underdeveloped.

Elsewhere, on 'Wuppertal', Grandbrothers reach their busiest moments through use of looped minor chords which feels clunky and jarring. The track seems to have eaten all it can of pianist Erol's looped melody before half way, but more and more piano loops swamp the track in waves until it simmers out.

What lets 'Dilation' down is its production. There are far too many songs here that feel quite blank and underproduced. 'Newton's Cradle', for example, starts promisingly, echoing prolific electronic music group Massive Attack, but as soon as the track gets into itself it begins to feel like something from the default ringtone folder on your phone. This is disappointing and dulls a lot of moments on the album that could've really taken off.

'Dilation' is a collection of interesting, loop-driven experimental tracks that hint at good things to come. Unfortunately, 'Dilation' feels sketchy - its ideas seem to strive for something that it frequently falls short of. Grandbrothers are nonetheless an engaging act and look set to record some great music in the future.