When it comes to film scores in the 1980s, one name comes to mind; Giorgio Moroder. Chances are, the three-time Oscar winner and disco legend probably scored a film that most would consider a favorite. Moroder's eerie synth sounds can be heard in such films as 'The Never-Ending Story', 'Cat People', 'American Gigolo' and, of course, 'Scarface'. 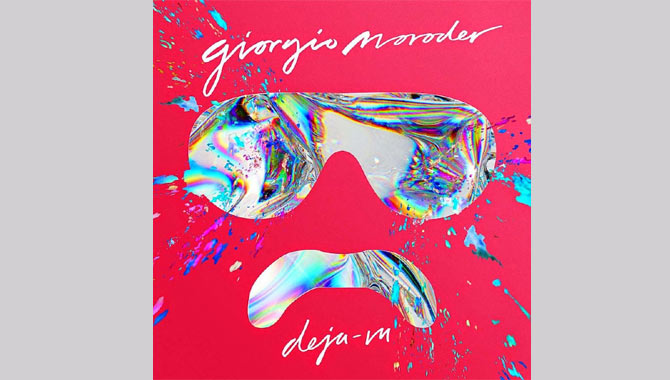 But after the 1980s, Moroder just disappeared. It wasn't until 2013, when electronic music duo Daft Punk brought him on to collaborate on the track 'Giorgio After Moroder' for their long-awaited LP 'Random Access Memories', that he emerged.

Fast forward to 2015 and Moroder has released 'Déjà Vu', his first album in over 30 years. Now, those looking for that old eerie synth pop sound that he made famous will be greatly disappointed. On paper, this had it all for a great and triumphant comeback. But the final product feels too rushed and lacks Moroder's creative magic.

The biggest disappointments are the vocalists with whom Moroder chose to collaborate.  Today, artists such as Katy Perry, Lady Gaga and even Taylor Swift would've fit perfectly on this record. Instead, we get Britney Spears who is way past her prime, and Kelis who hasn't had a hit in the US since 2003's 'Milkshake'.

Moroder's collaboration with Spears on the Susan Vega classic 'Tom's Diner' feels out of sync. While the electronic music is enjoyable, adding Spears' lackluster and very auto-tuned vocals to the mix feels like a huge slap in the face to Vega.

The solo tracks by Moroder feel like shells of the work he produced in the '80s. However, there are a couple of standout tracks on 'Déjà Vu'. 'Right Here, Right Now', Moroder's collaboration with Australian pop diva Kylie Minogue, produces a rich club-synth beat. It is by far Minogue's best vocal work since 'Red Blooded Woman'.

Frequent Zedd collaborator Matthew Koma is the featured guest vocalist on 'Tempted'. The song's R&B funk guitar infused with Koma's rich vocals and Moroder's electro-disco style give it a fresh sound that we thought only Daft Punk could create.

In a way, 'Déjà Vu' feels rushed. This had potential on paper, but sadly Moroder seems way out of his element; especially when considering current artists like Mark Ronson, who produces better quality music and is only scratching the surface. In comparison, 'Déjà Vu' feels like a really bad Daft Punk tribute album or, even worse, something that a millennial composed on their MacBook and then burnt it to a CD and gave it to everyone to make them feel important.

Maybe Moroder should go back to composing film soundtracks?