Formerly a member of the now defunct Noah And The Whale, Fred Abbott recorded 'Serious Poke' with the help of his former band mates, amongst others. Recorded at British Grove Studios, he shared production duties with Take That and The Rolling Stones cohort Martin Hollis. 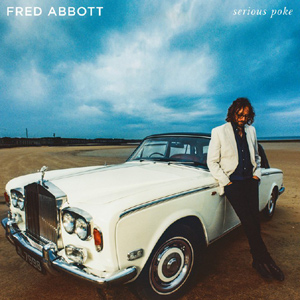 Those who enjoyed NATW's contemporary adult rock will be appeased by Abbott's continuation of a sound that owes much to Tom Petty. 'Adrenaline Shot' is an aptly named opener that would capture the attention of any casual observer, while 'Funny How Good It Feels' has undeniable riff and chorus hooks. Featuring a likeable country turn, 'Honey' is a pleasing cut that precedes another fine number in 'Hollywood'. 'Learn About Love' proves itself to be a highlight with a touch of funk, while the piano blues of 'Lucky People' is a captivating bookend. His former group famously sang that life goes on and on this evidence, Abbott has moved on from his previous act without trepidation. The ten songs that comprise this album are without weaknesses and show Abbott to be a true talent.