The day after his latest album release and three months ahead of him returning to play in venues up to ten times the size of tonight's feels like the opportune moment to come and see Ezra Furman live. Playing to a packed crowd of just under 500 in Folkestone's Quarterhouse, Furman and his band gave the audience a full flavour of his new work and a whole lot more. 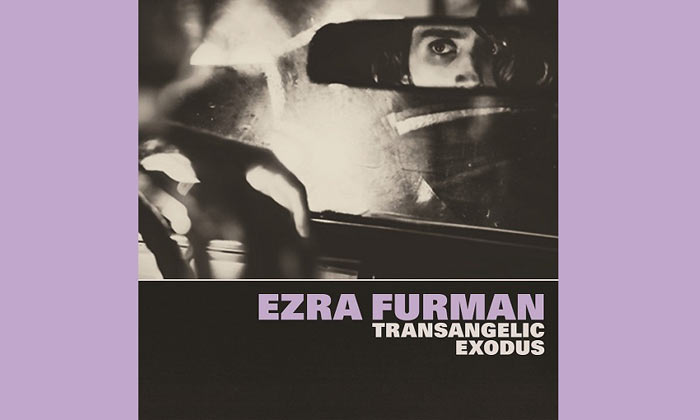 With 'Transangelic Exodus' having just dropped, Ezra clearly wanted to showcase the best of his new work by giving it a proper run out in front of an eagerly awaiting crowd. He and his band chose to go it alone on the night without any support so he could give us an extended show. His 'f**king weird album', as he called it, was played through in full with every one of the thirteen tracks given their live outing. 'It seems hard to understand but it's not, there's nothing to get, it's just a dream, a dream I had', Ezra explained.

'Come Here (Get Away From Me)' opened up the set 'just to set the tone', before Ezra and his band launched into the more upbeat, celebratory jollity of 'I Lost My Innocence' (To a boy named Vincent). Three tracks from Ezra's 2013 album 'Day Of The Dog'; 'Anything Can Happen', 'Maybe God Is A Train' and the hill-billy romp of 'Walk On In Darkness'; pumped up the atmosphere as Ezra and band tore through each track. With a guitar that wouldn't have looked out of place on Bill Haley and accompanied by a dirty sounding sax and full pelt percussion Furman lit up the stage.

The thread of 'Transangelic Exodus' tracks continued with 'From A Beach House' and then 'Maraschino Red Dress $8.99 At Goodwill', Ezra telling us of the latter, 'This is a song about misery and trying on clothes in secret'. The intensity of the delivery was clear for all to see. 'Sometimes you go through hell and you never get to heaven', Furman sang out in impassioned, near tortured, voice backed by some fantastic keys and a metronomic beat. The playful Doo-Wop of 'Haunted Head' from Furman's previous album 'Perpetual Motion People' preceded 'An ancient song, and nobody knows what it means'. Furman was talking about 'My Zero', a track that he and his backing band, The Visions, played out brilliantly with the sax in particular sounding fabulous throughout the night.

Taking his 'Queer outlaw saga' on tour was obviously going to be essential for an album loosely based around a fugitive road trip evading government officials. His 'Cluster of short stories on a theme' all stood up to live scrutiny. Ezra And The Visions were able to highlight just how strong his new set of songs were when he and his band rifled through nine tracks from the album in consecutive order. 'Psalm 151' started the sequence that culminated in a trio of heavy hitters. 'Driving Down To L.A.', a song about 'driving fast, and you don't care if you get hurt', came in slow and meek but quickly gave up its squally underbelly of violent sound. Ezra followed this up with arguably the album's most immediately commercial song 'Love You So Bad', and then finished with the lyrical genius of the potent, near feral 'Suck The Blood From My Wound'.

Ezra came back out solo for the encore; he looked liked he'd enjoyed it but also as if he'd given his all. Furman closed out his epic set with the panache of a gifted artist. He gave us a very spirited take on 'Restless Year', an upbeat 'Ordinary Life' and a little, very pleasant, surprise by way of a cover. Ezra's version of Kate Bush's 'Hounds Of Love' was lovingly rendered and acted in part to counter balance the more intense moments of the evening.

You don't get the impression Ezra would ever be a lazy performer; he's a great front man, full of electrically charged, nervous, angst ridden energy. He's every bit rock 'n roll through and through, close to the edge but close enough away that it's enjoyable rather than uncomfortable. You can't take your eyes off him and if you do divert your gaze to check out the band, or the pretty good animation that acted as a backdrop to their performance, it's milliseconds before you're drawn back.

The audience at The Quarterhouse in Folkestone bore witness to a great performance from an artist and his band. The setlist, even though (or maybe even because of the fact) it was skewed to showcasing the new album was a real crowd pleaser. Ezra Furman says his heart lies in places like The Lexington, the smaller venues where you can see the whites of the eyes, but it's hard to see him being able to sustain that for much longer. His latest album, his delivery and performance, as well as his future shows all point to bigger things and I think that those people gathered here tonight knew they'd seen something just a little bit special.