Review of To The Races Album by Eric Bachmann 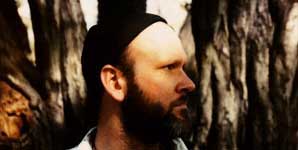 Eric Bachmann has some background - as lead singer and guitarist of legendary indie rock band Archers of Loaf, which split in 1998, he then went onto a variety of solo projects, achieving some success with Crooked Fingers' 2005c album, Dignity and Shame. Over time, his music has become increasingly acoustic, and To The Races wonderfully follows that trend. Most songs open with nylon guitar, elegantly plucked, and then proceed to quietly draw in the listener to what can only be described as indie folk - the thematic sound is one familiar to lovers of Simon and Garfunkel, Bob Dylan and Jose Gonzalez, but Bachmann is clearly someone who wears his indie leanings well. Fans of Springsteen's Devils and Dust would find a lot of parallels in To The Races. With Jose Gonzalez clearly finding a whole new audience for classically-great singer songwriter music gently told, To The Races deserves a significant audience. One note: the title track is as gorgeous a piece of music as you'll hear all year - a tiny, sweet guitar and violin piece of Russian folk that reminds, delightfully, of a Pixar short.