Empire, the Fox drama series with a storyline surrounding a hip-hop entertainment company (Empire Entertainment), is one of the most talked about shows in the States. This soundtrack, as well as the Season 1 disc which was released earlier this year, is comprised of songs performed on the show, by the actors/musicians themselves. The production is handled entirely by Virginia producer Timbaland, who has worked with pretty much everyone in hip-hop you can think of. Jussie Smollett, Yazz and Bre-Z make up a significant amount of the tracks on here, as well as Terrence Howard and Petey Pablo's collaboration Snitch Bitch, which was one of the main draws to giving this a listen. 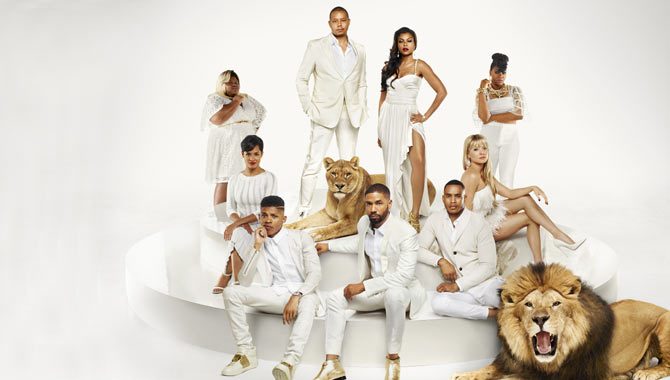 The opening track Born To Love You features some pretty smooth, tasteful R&B vocals from Smollett, and the trap-influenced chorus is a nice switch up that is successfully executed. Snitch Bitch was exciting for me because of Petey Pablo's return. He is on the show (apparently because Terrence Howard owed him $200, and getting Pablo a part in Empire was his way of repaying the debt), and it's good to see him back in any capacity. Petey's first album, 2001s Diary Of A Sinner: 1st Entry, is an under-rated LP with some fantastic Timbaland production, but without a proper release since 2004s Still Writing In My Diary I was unsure if we'd ever get to hear more music from the North Carolina MC. This track is a collaboration between Pablo and Howard, and although it's not terrible, it falls a little flat; the repetitive production and auto-tuned chorus fell way short of my expectations. Perhaps they were unrealistically high.

Bout To Blow is a guilty pleasure for me to be honest. Throw it on at 2 AM after a few too many and you might catch me off guard on the dancefloor. The beat creates an instant vibe, and it's proof that Timbaland still knows how to craft energetic, well-structured club-bangers. Terrence Howard and Bre-Z's Boom Boom Boom Boom is another highlight. The menacing, tribal production finds the two artists delivering aggressive lyrics over a sinister, piano-laced beat. The percussion in the hook is classic Timbaland, and the sitar line is a great addition to the simple but effective chorus. Bre-Z's appearance is very impressive; her powerful, savage delivery and consistent flow sets her apart from many of the other artists that appear on the soundtrack.

There are some decent R&B ballads on here if that's your thing; V. Bozeman puts in a passionate performance on the stripped back Hourglass especially if you check out the bonus edition (Alicia Keys makes an appearance on Powerful), and Jussie Smollett and Yazz's Ain't About The Money is a convincing, thumping bass-driven track that does a great job of imitating the current hip-hop sonics over in the States. but that's not to say it's all positive. No Doubt About It featuring Smollett and Pitbull is just bad. It's cheesy, unimaginative and clichéd to the fullest extent; this is the kind of thing I hear thumping out of Yates', and that's not exactly a ringing endorsement. There's a couple of tracks that will be kept in rotation, but a large portion of the music here features some unoriginal concepts and on the whole ends up sounding rather formulaic.