It may be somewhat of a cliché, as most of the protagonists concerned have delicate voices, but it is getting increasingly difficult to get heard in the elfin department. Ethereal vocals, tiny voices, minimalist arrangements, quirky phrasing and off-kilter delivery are no longer a rarity. In fact, quite the opposite, they are de rigueur. They're certainly a definite must to capture the angst of the heroine as the credits roll or even to score the latest must see ad. 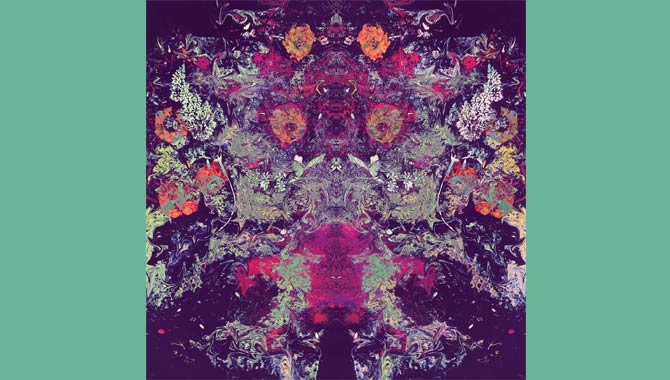 In a musical world made possible by Kate Bush and latterly graced by the talents of Stina Nordenstam, Ane Brun, Susanna Karolina, A Fine Frenzy and especially, but clearly not limited to, Joanna Newsom the beautifully performed troubled heart wrenching tales of our female leads are having to capture something very special to break through. Thankfully Emilie Kahn, and her harp Ogden, have that special something in abundance.

'10,000', Emilie's debut album, is a finely crafted and intimate glimpse into her life and her relationships. The tone may often be angelic, the voice soaring and wondrous but the underlying message delivered through the lyrics is sometimes telling an entirely different, more down to earth, tale of brutal reality. Her harp playing, largely self-taught, is mesmerising and her voice beguiling but Emilie is no shrinking violet and definitely no wall flower. Emilie tells it as it is; straight. The splintered remains raked over by Emilie in a '10,000' high point, 'White Lies', exemplify this juxtaposition perfectly. There is no mawkish sentimentality here just well versed songs set to some great passages of music played out from a very individual perspective.

Throughout 10k Emilie and her harp captivate and enrapture with a charmingly hypnotic resonance. On the title track Emilie is simultaneously self critical whilst being scornful of her suitor at the same time. As she wrestles with her emotions "I wish I could woo you with 10,000 talents but all I've got is this fevered heart.......if you do that again I will up and leave you, so fast it will make your head spin; do you know all the trouble you're in?" Emilie delivers up a fine narrative to express her torment.

Emilie Kahn doesn't necessarily need the double act (of her and her harp) to pass muster though. On 10,000 she excels not only as a great musician but also as a great song-writer, a fantastic, emotive singer and a fine lyricist. Where she strips it all back to the bare bones she is just as enthralling. The plain speaking brevity of 'Nothing New' and the pain of 'Go Home', where her melancholy is at its peak, are just as gripping as Emilie's more worked up pieces such as 'Blame'.

10,000, by Emilie & Ogden is a fitting introduction to one of Montreal's newest and most promising talents. The harp sets her aside from many of her contemporaries but I wouldn't be at all surprised if in the future it no longer defined her music as it has helped do on her debut. The beauty and the charm of this delicately crafted album are difficult to ignore but it's the substance and character behind it that makes it all the more appealing.