Review of Time To Die Album by Electric Wizard

To some, Electric Wizard are absolute legendary pioneers in the field of sludgy, down tempo doom metal. Having been plying their trade for over 20 years, on 'Time To Die', their eighth studio album, Electric Wizard seem to be getting close to running out of ideas. 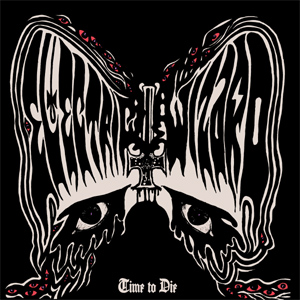 From the off, this is a band taking themselves far too seriously. 'Incense For The Damned' begins with a soundscape featuring waterfall sound effects and a sample of speech drowning out the more usual doom metal instruments underneath. When finally the song kicks into gear, you get your tried and tested Electric Wizard formula in spades. There is the lumbering mammoth of a riff; you get your almost jazz influenced, Bill Ward-esque drums, and you get lo-fi vocals that sound like they've been recorded from about a mile away. This is a band for whom nothing has really happened musically since they heard Black Sabbath.

And so it continues with the LP's title track, 'Time To Die'. You have to admire a guitar tone so thunderous that it makes everything else sound tinny, like you have never heard bass in your life, and it helps to create an incredibly sinister atmosphere as the riff crawls along at the same pace as a gravely wounded snail. Sinister as it sounds though, this song kind of disappears in a fog of its own weed smoke, more with no real direction or momentum despite some cool lead guitar licks.

Here lies the problem with this album. These songs trade on fairly simplistic riffs that refuse to really go anywhere, while the songs stretch on in most cases up to around the ten minute mark, as is the case with 'We Love The Dead' and 'I Am Nothing'. With song titles like these, you can tell this is a band who take themselves incredibly seriously, in spite of having a name like Electric Wizard.

When Electric Wizard do try something a bit different though, it does pay off. As happens with the sudden injection of pace in 'Funeral Of Your Mind', which brings some much needed energy to proceedings, and 'Destroy Those Who Love God' which, despite its trying-too-hard-to-shock title, features some interesting flourishes of organ which perhaps would not have gone amiss had they featured more prominently over the entire LP.

'Time To Die' sounds like a band who are tired of what they do. At one hour and five minutes of bludgeoning, yelping and howling, 'Time To Die' is a bit of a slog to get through. Despite flashes of occasional brilliance, this boggy sludge will only satisfy the already converted.