Review of No Shouts No Calls Album by Electrelane 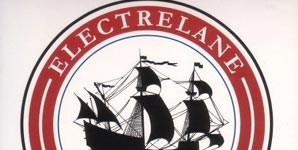 Is it just me, or have Brighton's finest exponents of kraut-inspired post-rock mutated into a junior version of Stereolab.

Back in the day - or 2004 to be exact - when they unleashed their defining opus 'The Power Out' on to an unsuspecting clientele reared on Libertines-inspired punk chic, it seemed their ambitiously fresh blend of Gallic panache, Can-devoured ambience and multi-dimensional riffs would set them apart not just from their present contemporaries, but in the future too.

Unfortunately, like everything else to be honest, it is all so easy to get stuck in a routine, and that is what 'No Shouts No Calls' feels like even after the ninth or tenth listen. Maybe not intentionally repetitive, but hardly the intrinsically unique sound of a band that seemed to be in their creative prime just three short years ago either.

Whilst not being a bad record in terms of its production or general musicianship and structure, 'No Shouts No Calls' is too formulaic for its own good, so much so that identifying when a song has ended and a new song's begun can be just as satisfying as actually attempting to digest the whole album in one sitting.

Of its brighter moments, 'Five' is perhaps the most obviously reminiscent to the Electrelane of yore, its looped sounds and crowd noises (sampled from a German football match between Hertha Berlin and FC Moskva) building up into a krautrock opus that could be called the genuine article in more ways than one.

'Saturday' and 'Cut And Run' both ably push Electrelane into the "songs" rather than "sounds" category, as both seemingly deal with the same subject, or maybe that should be object of one's affection.

Elsewhere though, there is too much of a muchness to get excited about, and the fact the aforementioned trio all take residence in the latter part of the record emphasises the point that if the first six songs were to be skipped it wouldn't be worth losing any sleep over.

Patchy then, if structurally sound.