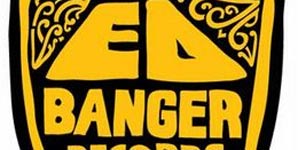 So.'Save The Rave' eh?! Well The Klaxons might be doing absolutely nothing for the actual rave scene, but there is a collection of kids who will. Ed Banger Records, small French electro-house collective, have been rinsing cross genre remixes in an effort to show the new-rave scene just what their scene should be about. 'Ed Banger Records Vol.2' is the newest sampler from the label, showcasing the best they have to offer. This has already been blowing up around the UK, lets see why.

Opening with the godfather of chopped up electro sleaze, Mr. Oizo, 'Intra' name checks everyone involved and really does kick things off wonderfully. Next up Uffie with 'Dismissed', now for those of you have missed the hype behind Uffie, she is basically a nymph with attitude, much like Princess Superstar or Peaches. Now, for me, the thing that makes Uffie is the production, which is by Feadz, and is just about what youd expect, cut up house synths and old school electro drum rhythms, but even the vocals are cut up and edited, giving her stuff another dimention. Now this is a really nice mix of tracks, from the straight up choppy house tunes of DJ Medhi through to some of the dirtier, more volatile works of Justice, Feadz, Krazy Baldhead, etc.

Later on Busy P, owner of Ed Banger, throws his own rich synth techno into the mix with 'Rainbow Man'. This gives the label a more rounded sound than I expected, and something to look forward to in terms of future full length LPs from each of them. Which I think is exciting, I've been waiting for a Feadz album since he churned out a few EP's on Ellen Allien's label BPitch Control. Towards the end of the album is a real treat, 'Greel' by SebastiAn is possibly the dirtiest electro tune ever, with layer upon layer of distorted synth, and a head nodding beat, this track has the potential to destroy dancefloors around the world. Following 'Greel' is a remix of 'Golden Skans' by the Klaxons.I despaired when I read this at first, but this really is a great remix, finally bringing their generic indie-pop sound into a rave context, and although they don't deserve the gratification of even being slightly rave, I find it hard not to enjoy this brilliant rework.

If, like me, you've been abit lost with where to find some decent dance music since Modeselektor released 'Hello Mom' or has simply heard their Daft Punk collection to death, then get this, it's a decent mix, will give you a number of names to keep your eye on, and might even lead you onto bigger things. A great one for those summer BBQ's that bleed into the night.