Review of The Enemy Chorus Album by Earlies 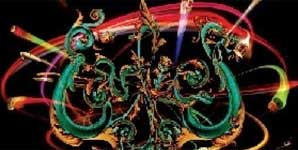 It is always interesting when a group of people from two different countries get together and collaborate in some shape or form, this collaboration is The Enemy Chorus by The Earlies. It doesn’t look great however for when the Americans and English get together just look at the war! No we not going into if the war should of ever happened, but how many of “our” troops have been killed by alleged people on “our” side?? Enough of the politics crap, onto the music and today it is the new album to come from The Earlies

There is no doubt that this half Texas based, half English based bands influences is on the side of soul, jazz, pop, hard rock that somehow comes out into a mental psychedelic record. This album makes up that funkadelic sound, but is that really a good thing? The thing about The Enemy Chorus is that they are well an acquired taste so to speak. Has this album fallen into the right lap? No not really.

At times you get the feeling that this album was put together in someone’s bedroom with a computer and a keyboard, seeing how many different sounds that can be squeezed together. It sounds shoddy at times and there seems to be no direction. On the flip side though there are point that give you the feeling of orchestral sounds and that there has been some real thought in it. If The Earlies could channel all there energy and take there time on producing a record, instead of an all over the place record they could have a masterpiece.

With two nations uniting to produce what is The Enemy Chorus, maybe they should not of wasted their time, but at the same time there will be people out there that actually love this album. Each to their own and all that stuff!