Daughter - Not To Disappear Album Review

Review of Not To Disappear Album by Daughter

Entering the scene in 2011 with the EP's His Young Heart and The Wild Youth before signing with 4AD in 2012, Daughter have managed to really cause a stir since their debut album If You Leave. Their indulgent sadness seemed to catch the attitude of a generation as shown with reaching the Top 20 of the UK album chart and an extensive festival tour around the world. Elena Tonra, Igor Haefeli and Remi Aguilella have now returned with Not To Disappear, an album which makes confident strides in the refinement of their sound. 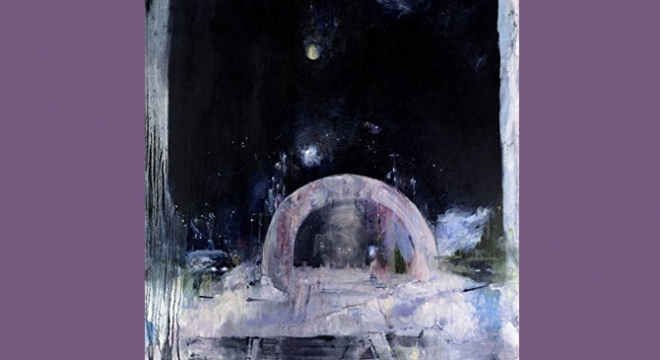 It's rare to come across misery that sounds so sexy, however Tonra has that ability. Her soft cooing which almost evokes the thought of lullabies accompanied by her bandmates Haefeli and Aguilella's crafting of yearning sonic landscapes that are equal parts warm and cold, intimate yet catastrophic. It's a balance that shows how masterful they are in their ability to harness their emotional weight and apply it into making something truly haunting and beautiful. The main issue with Not to Disappear is, at points, it flirts with the line of humorous in its overwhelming misery. Thematically, Not To Disappear is similar to their debut album. However the self-indulgent nature of Tonra within the 'If You Leave' isn't as prominent, as there's an attempt to universalise the emotional traumas and struggles that are explored Daughter's music. As if those experiences and recurring nightmares of life are a way to connect to her audience, it's a fitting change in perspective, and Daughter for the most part benefit from it.

The album opens with 'New Ways' and the most noticeable shift in their sound is present, their music has become gilded with a gorgeous undertow of electronic ambience which encapsulates the listener within a claustrophobic trance. The usual, simplistic yet effective guitar melodies are still present to provide structure accompanied with ominous drumming that provides each track with the force of a heart beating through anxiety. Tonra chants "I'm tryna get out/ Find a solid way out/ Not to cross myself out and just disappear" and ending the opening track with the blunt desire "I need new ways/ To waste my time."

'Doing the Right Thing', the lead single from Not to Disappear is arguably Daughter's most emotionally devastating song to date. It follows the narrative of a character with Alzheimer's whose slowly losing their grip of reality and emotional connection with those around them. It's oppressively bleak, with Tonra deducing ideas of love and family to people "being built for reproduction." Later bringing in notions of memory loss to its crushing reality with the protagonist looking for their already deceased mother and with that acknowledgement to those closest to them "But you will not tell me that/ 'Cuz you know it hurts me every time it's said/ And you know you are doing the right thing/ You must know you are doing the right thing." There's an emotional truth to this song which really elates Daughter above the internal sadness they typically write about.

However, the nature and atmosphere of this album comes close to full circle by the time 'Alone/With You' comes on. It reaches the point of becoming darkly comic which isn't the intention. While describing ways Tonra hates living alone, and within the second verse, living with someone, she repeats the line "I should get a dog or something". Tonra mutters this line seemingly oblivious to the comic brilliance that it holds. Daughter appear to reach a point of saying too much about the same ideas of loneliness and self-loathing and every other detail of personal turmoil, and as a result it doesn't reach a euphoric or cathartic revelation. It maintains and embraces these notions. This album, although an expansion of their sound and an admirable attempt to externalise such sadness by applying narratives and universalising sensations actually reaches the point of self-indulgence. It's a great return from Daughter, but there's still no emotional release other than the embracing of one's own misfortune and sadness.