It's been three years since Oliver Perry; AKA D.D. Dumbo released his self-recorded debut EP, Tropical Oceans. An EP which was a wonderful four-song-set of lo-fi blues and deconstructed pop. It was an exciting listen at the time and the arrival of the Australian's album, Utopia Defeated, is a great sight to see as he explores ecological disaster and existential paranoia neatly with instrumental oddity and lyrical inquisitiveness. It's easy to liken D.D. Dumbo to acts like Tune-Yards, Yeasayer or even St. Vincent in these regards, however there's a strong identity within this bold debut album. It is found in the colliding of earthy blues and striking fretwork being contrasted with a voice that soars similarly to that of Sting. 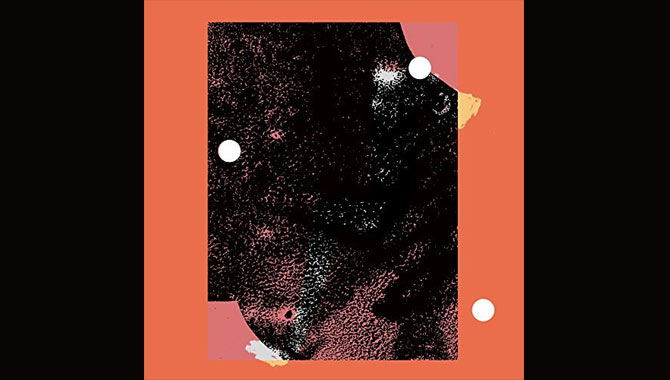 The title Utopia Defeated may make it easy to assume that this album could be thematically similar to Anohni's Hopelessness; that of political and ecological self-harm and tragedy. However, Dumbo enters this subject matter much more peculiarly. It's vibrant and uplifting in its melodies and production, and lyrically it is full of surreal imagery and absurd life. It's a pulsating and rich affair, which disguises its political and philosophical ponderings of animal rights and humanity's disregard of them and the planet with buoyant instrumentation. Although it sounds like an overwhelming political barrage, it's all explored and dealt with a playfully coy grin. The instrumentation here is outlandishly brilliant, both in its technical achievement and in how enjoyably inventive it is. There's this feeling of primitive futurism in how the music is formed alongside the subject matter of the lyrics; which altogether creates an album that is baffling, warm, soulful and utterly joyful.

The buoying rhythm on album opener Walrus is delectable, and the absurd sense of humour that cuts through lyrically of humanity committing "murder-suicide" is dark and twisted, however approached with such glee. The tsunami-like capacity of Perry's vocals and building guitar on In the Water are testaments to the elemental nature of these songs, which drive Utopia Defeated with such a confident force. On the track Toxic City he hypothesises if there is a blameless and wholly innocent land and creature somewhere out in the world.  And first single Satan is an album highlight. This concoction of innocence and nihilistic maturity that seemingly bleeds throughout the album engages with such catastrophe with a child's eye, that of peculiarity and humour.

The originality that sparks from this seems to be the fact that D.D. Dumbo is essentially fragmented pop music; however by subverting his gaze of track construction and beginning with 'world' influences and returning to a Western structure, the result is quite simply marvellous. When this is coupled with the universal theme of environmentalism and the anxiety that entails, it results in an album that is boldly distinctive in its unusualness. It's this sensation, which resides the listener in the confidence that they're listening to the work of an original, and one which isn't necessarily engaged in sentimentality but one of musical curiosity. Utopia Defeated is one of the strongest debut albums of the year, and D.D. Dumbo, or the man behind the absurd, Oliver Perry, is a genius.