As the nights draw in and the temperature drops, Crooked Man treats us to a fabulous slice of sun-soaked House, Disco and Electro that is sure to brighten your mood and warm you up with its infectious beats and underlying positivity. Following up his 2016 self-titled debut, 'Crooked House' sees the artist team up with previous cohorts Michael Somerset Ward and David Lewin to fuse a sound born out of the Sheffield electro scene and the New York Disco era. 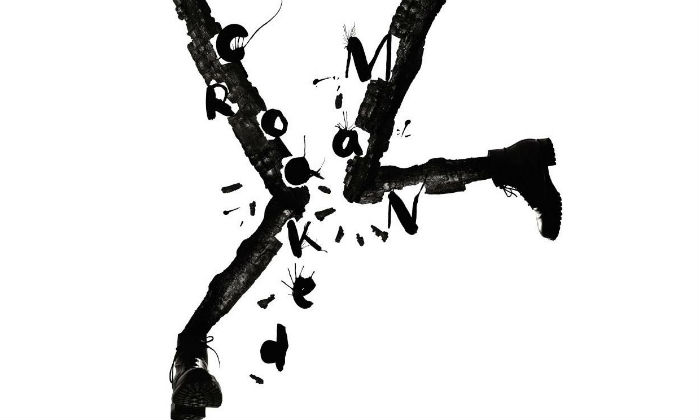 It may be a long time since Richard Barratt has graced the boards himself or delighted a crowd with his undoubted DJing prowess, and even longer since his, arguably, most public and visible of roles as part of the group All Seeing Eye, but Barratt has clearly lost none of his ability to craft a good tune. The 50-something Yorkshireman has worked with a whole host of legendary names during his time as producer, DJ and collaborator but, as well as bringing all his experience to bare on his latest release, there is also an undoubted sense of freedom and expression that has been allowed to flourish.

'Every Killer Needs A Friend' has shades of Sade and The Style Council with a score that breezes past in a classy, ultra-smooth stream of chic and a chorus with echoes of George Michael juxtaposed with a manipulated devilish vocoder enhanced counter-vocal. 'Take It All Away' takes an alternate route pairing souring soulful vocals against a Disco-infused beat and revolving acoustic guitar and 'Turnaround' maintains the sun-drenched vibes with a more chilled out, but no less silky smooth, arrangement that beckons you to the dance floor.

Where Barratt excels himself is where he draws on his House background and pioneering pedigree to produce a set of huge tracks sure to send any party into overdrive. The six delicious minutes of 'Walls' will pass you by in no time and have you scrambling to hit repeat 'as the piano loops over and over', to quote Mr Skinner. This is a classically flavoured House tune with all the elements aligned perfectly to produce a track that seems oddly familiar but brilliantly original in equal measure. You'd be forgiven for thinking this track was born out of a Chicago Warehouse rather than the more dank surroundings of its Sheffield counterpart. 'Echo Loves Narcissus' delivers more of a brooding beat, underscored by a scuzzy, warped bass aligning itself closer to the early 80s Sheffield electro sound before it breaks out into a glorious, ever-building late night club track, whereas 'Make Up' initially keeps things a whole lot lighter with its up beat disposition and infectious bleeps and beeps before switching to a soulful, Seal-like arrangement.

As only his second 'solo' album under the moniker Crooked Man, you'd have to say that Richard Barratt has delivered an anachronistic mix that sits largely alone in today's musical landscape, but it sits very comfortably as it basks in it's individuality. His latest record draws on influences and heritage with the utmost respect and courtesy to create something new and vibrant and hugely enjoyable. 'Crooked House' may be an album out of time but then time is relative, and this is more than relatively good, it's very good.