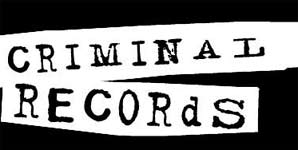 Should you see any of the leaders or even branches of their syndicate lurking around the underground of America or the UK, you are implored under all circumstances to approach them, but you must leave your inhibitions at the door or on the floor. The term 'Punk Is Dead' is a floor filled with petroleum, just waiting for the hot sparks of Criminal IQ Records, an outlet for sources of brazen life-challenging music.

The Functional Blackouts have unleashed a searing self-titled album of The Hellacopters, Germs, The Troggs and Black Flag merging incendiaries of release. They epitomise the raw and ready ethos of Criminal I Q in the bulleting, guitar led Mail Bomb'. With titles such as 'Destroy Hollywood', 'Bombs Away' and 'Stamp Out Techno' their manifesto is clear, to desecrate everything they disagree with. The latter track contains biting rhythm and sees the anger of the outfit riding on a cushy groove. They provide a contrast to the frenetic fervour that douses the album, by implanting slow and churning atmospheric elements to elevate songs such as 'Bombs Away' and 'Coffin Cheater'. This probably helped John Peel feel motivated enough to label their debut offering on Criminal I Q, "a classic".

The more progressive leanings of the label are propped up by another Chicago outfit. The feisty all-girl marauders of the Manhandlers, whose brand of old school punk resurrects the brashness and glam flirtation of The Ramones, in another self-titled tilt at rasping rhythm. The growling vocals of Syd Delicious screech out salaciousness in 'Sleazy Dreams'. Whilst rumbling percussion shakes this element and makes you realise why the classic two minute rock approach, will never die. A hint of the modern pearls, Be Your Own Pet helps to invoke a fun and free spirit in you, when listening to the youthful rebellion that is gushed out in 'Make Out Bandit'. 'Nobodies Girl', expansively demonstrates Rock N' Roll leanings of the late seventies and, along with 'Payback', shows up the instrumental intensity that is adeptly achieved with help from high profile, crushing percussion and frequency twisting guitars. The Manhandlers are becoming known for their high in tension release live shows, often leading to scenes of unadulterated fervour, enough to make the purists combust, were they to witness such a thing.

Heart bearing rockers with a slight emo/punk twist is an apt way to introduce Vee Dee. Their 'Fortune' release represents the closest to mainstream music that Criminal I Q will tread. A trio of underdogs stand up to life and make it wince with their sliding guitar led attack and the Greg Gaffin tinged vocals of Nick. The Buzzcocks skirting power punk offering 'TV Police' is a proud and disillusioned exposure of modern society, illuminating Vee Dee's cogency with aplomb. Dan propels darkness through his chugging bass-lines in 'Undertaker', temporarily covering matters in darkness and drawing you into the trio's challenging world. Around a year of gigging paved the way for this turmoil tackling attempt at understanding the world that envelops Vee Dee. The hard work has paid off and it truly shows in the potency they manage to propel, through tracks like the anger bubbling 'Lie ToYou' and the life departing moment of 'Blood Zombie'. A Vietnam theme is grappled with by the inclusion of two songs from an intriguing trilogy, 'Kaleidoscope Death Ray' and 'Tet Midwest' (referring to the Tet Offensive of 1968 in Vietnam). This is completed by 'Chrome Rainbow', not featuring here but is often utilised in their biting live shows. So, in many ways, Vee Dee don't let you forget the past and nor should you want to.

Instrumentally seismic punks The Krunchies, are in your face right from the first rumblings of ferociously paced 'Sobriety Anxiety', from their 'In De Winkel' offering. Pulsating paranoia passes through singer/bassist Amanda, like a thousand volts shock via 'Reaffirming My Hatred Through Failed Relationships'. Kevin steps into fold to help provide a sonic whip-lashing, 'I Know'. A common theme on 'In De Winkel' is the way Kevin's and Amanda's vocals charge at each other like two Monster Trucks, something highlighted by 'Say What You Mean/Mean What You Say' and 'He's No'. This is pure unadulterated bruising, but strangely pleasurable to boot. Some pleasing Pennywise-esque roving takes place in 'Futureshock', representing the Pedestrians contribution to Criminal IQ's charge, summarized by way of opening track 'Public Eye'. The tempo builds nicely to skirt hardcore territory for the album's conclusion, 'Model Citizen' and 'Annihilate'. Jordan's boisterous vocals helps maintain the pace, whilst contained guitar stomping is likely to evoke some marching type movement, as you step into the Pedestrians' world of scything cynicism.

All the above makes for an expansive independent label that possesses courage in their convictions and a determination to raise underground awareness. Something that could have the same impact as if the rat population of New York City , decide to form a protest about the air quality by taking over the likes of 55th Street, Central Park and 5th Avenue. No-one would know what to do.