Clockwork Radio - No Man Is An Island Album Review

Review of No Man Is An Island Album by Clockwork Radio

When it comes to producing an album as a four-piece based in Manchester, there's plenty of musi-cal heritage weighing on your shoulders. In fairness to Clockwork Radio, in spite of now being based in Manchester, they do originally hail from Wales - so let's cut them some slack. That said, given the fact that the quartet are trying to produce their own brand of indie rock, they've got plenty of competition. 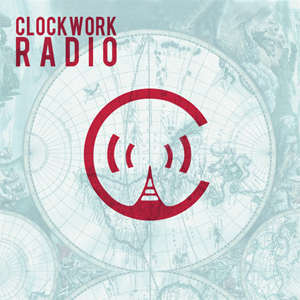 Talking about that competition, when listening to their debut 'No Man Is An Island', it's difficult not to draw comparisons between Clockwork Radio and 2013's indie scene success story Peace. Cer-tainly, there is more than one occasion on 'No Man Is An Island' where Clockwork Radio conjure up the danceable, psychedelia-infused indie pop that characterised Peace's debut.

On opener 'Feel It Up', the comparison is no bad thing. In fact, 'Feel It Up' is the most intriguing track on the record. At its start, it's bouncy indie with intricately picked riffs combined with woozy harmonies. Then, smashing through the swirling 'ooh's and 'aaah's comes something entirely unex-pected - ground-shaking power chords more suited to the stadium pomp of Bon Jovi herald the ar-rival of a genuinely anthemic chorus. It's paradoxical, but it works. It's the most attention-grabbing moment on 'No Man Is An Island' and it suggests  Clockwork Radio know their way around the sort of rabble-rousing chorus perfectly suited to the mud-soaked summer festival scene.

Unfortunately, there's nothing quite so interesting in the remaining 10 songs Clockwork Radio have put on their debut. There are some bright moments on the albums, second track 'Fever' is packed with clever syncopated guitar work and seems well suited to being played across sweaty under-ground clubs across the country. Placing a ballad as the third song on your debut album is a brave move, and it almost works. But just when 'The Balance of Water' looks like it's halfway through crafting a spine-tingling chorus, it throws it away by overcomplicating and muddling its effective melody needlessly.

The beginning of the record suggests a band with plenty of promise, even if their ideas aren't quite executed as effectively as they might have been. However, several tracks into the album, that early promise begins to fade. Too many of the songs on 'No Man Is An Island' are much of a muchness.  'Foxtrot Bravado' sees the band trying on a muscular rock-orientated sound but it falls flat.  'Moon-struck' sees the band taking down the tempo, ramping up the reverb and attempting to create shimmering, reflective sounds perfect for listening to as you gaze into the stars. There's even a tremolo-laced guitar solo which makes you wonder whether Matt Bellamy popped into the recording studio to lend the band some tips. Again, it doesn't quite work; it feels too contrived to really create the sense of wonder it's aiming for.

Where 'Foxtrot Bravado' failed in creating a rockier aesthetic, 'Sitting Bull' partially succeeds with a big bluesy riff at its heart. The problem is that the song seems to have been built entirely around the riff and, consequently, there's little else to recommend about it. By the time album closer 'Please You', another mid-tempo rehash of chiming guitars and lightweight yelps, it's difficult not to feel un-derwhelmed. While 'No Man Is An Island' suggests promise at its start, there's too much filler on the album for it to really sparkle. Ergo, 'No Man Is An Island' fizzles out disappointingly over the course of its 11 tracks.