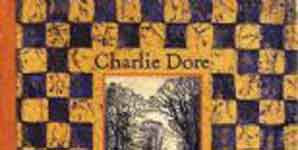 A British singer-songwriter, best know for her song Pilot of the Airwaves, Charlie Dore has also, ahem, written songs for Tina Turner, Celine Dion, George Harrison and Sheena Easton. That list might fill you with dread, but it shouldn't, because Dore's principal influence is still Joni Mitchell, and what we have here is a very British, barefoot, tree-hugging Glastonbury-leaning singer/songwriter with a voice somewhere between Mitchell and Sarah McLachlan. Which is a very nice place for a voice to be.

The songs are expansive enough, but rarely break out of a folk / trendy world music mould, although that's also not a bad place to explore. However, the tragedy is that, every day, there are people out there buying Katie Melua albums, when what they really want is this. Better written, better sung, just simply better in every way.