From Nashville comes the riotous grunge of Bully with their debut record 'Feels Like'; a rebellious beast of heavy drum beats, untamed surges of distortion and thundering bass all revolving around the anarchic vocals of Alicia Bognanno. The stark truth and gritty realism of the lyrical themes across the album act as an electric charge to a listening community swamped in the clichéd tedium of modern day pop. The only issue is that sometimes Bognanno's messages seem to have gotten more attention than the quality of the band's music as a whole, leaving the album excessively rough in patches. 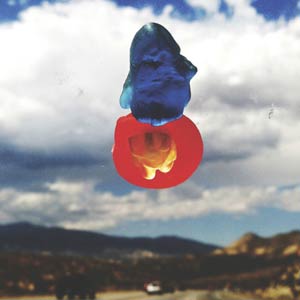 The record opens with Bognanno screaming words of reflection in 'I Remember'; howls of passion, reigned in intermittently to murmurs and back again. This track really hits you on first listen, and energises everything that follows, which is just as well as the crashing drums and head-banging rhythms are soon replaced by the simple guitar sequences and repetitive melodies in 'Reason'. However, the pace is maintained and the tune eventually opens up to space-age phaser effects saturating a guitar riff and cutting through the weight of all the other instruments. It's unusual sections like this that make Bully stand out as refreshing and different. Similarly, the playful, wacky-sounding little slides on the bass strings in 'Brainfreeze' further highlight Bully as a band willing to experiment.

Many tracks possess an unparalleled amount of muscle and power. 'Too Tough' initiates with screeching feedback and trudging bass before turning into a distorted, cataclysmic wrecking ball of fuzz. It's the moment where recording on tape really comes into its element, the unpolished sound creating a live sensory experience. 'Trash' is even more destructive. Chiming guitars complement the tough backbone of bass and drums on the offset, with deceptively gentle vocals portraying Bognanno as vulnerable and weak in the impact of the lyrics: "I know just why you did it / I wonder what else you've been up to". As expected, though, Bognanno proves herself as someone you really wouldn't want to annoy as the track explodes like an atomic bomb, our singer yelling at the top of her lungs over the din.

Whilst there are overarching themes within Bognanno's lyrics, they all paint different scenarios with each individual song. 'Trying' explores self-doubt and questions education - "there's no flawless education just a stupid degree" - in a stripped-down, bare-bones arrangement of minimalist melody and basic drum beats. In contrast, 'Six' is a song of sisterhood and family life - "When I was six I broke my sister's arm / she was riding a bike down the road". Guitar mirrors the emotional shifts in the song by soaring up in pitch at heightened points throughout Bognanno's anecdote, consequently forming a more personal connection with the listener.

The upbeat strumming and rapid drum rolls of 'Milkman' save the rest of Bully's tracks from merging into what could've easily been a forgettable end to an exciting debut LP. Excluding the bland moments and dreary tunes here and there, 'Feels Like' makes a surprisingly strong statement for a debut, and admirably reflects how Bully aren't prepared to play it safe regardless of how new they are on the scene.