Review of Flowers Of Deceit Single by Bricolage 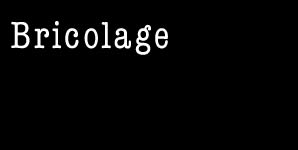 After being giving the seal of approval from Franz Ferdinand, Bricolage are set to release their second single Flowers Of Deceit.

The Four Piece from Glasgow seem to of hit a spark with what can only be expressed as easy on the ear happy Indie-pop. They don't sound to dissimilar to Franz Ferdinand in that respect; there is always that happy feel to these, which is quite ironic when you think that they are actually singing about Flowers Of Deceit. The track is a good attempt and you do feel better things to come from these guys, but if it was a school report under the heading 'Harmonies' would be; must try harder!!
It is nearly there and you can see that it will soon be on its way with these guys from the north, at least they are giving it a go and are not just playing it safe like some of the middle of the road bands out there!